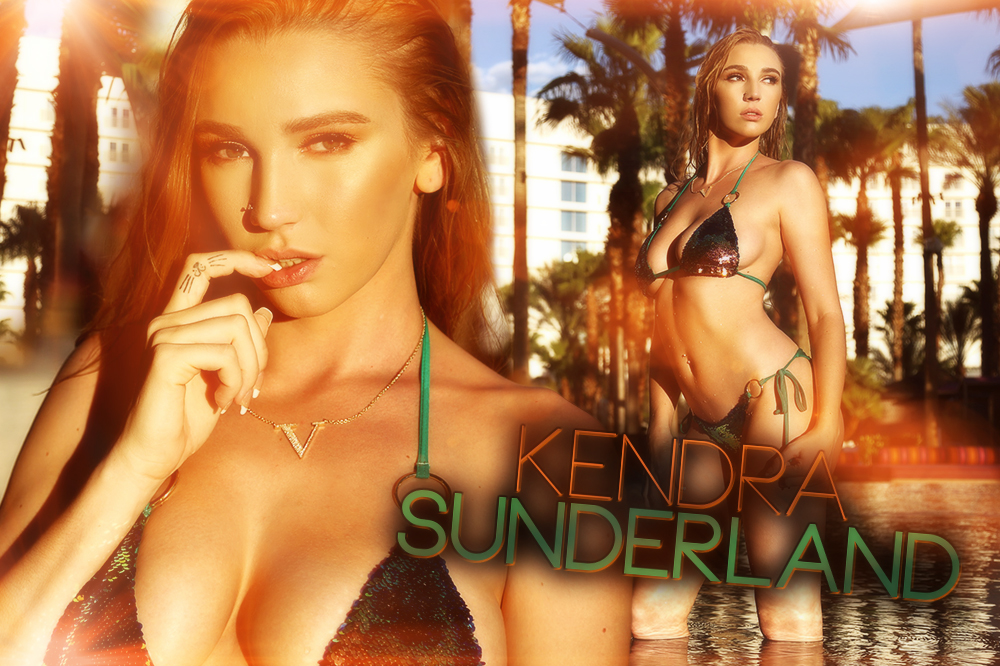 EXCLUSIVE PHOTOS FOR THE HEYMAN HUSTLE BY MIKE COHEN!

Kendra Sunderland has conquered the world of web cams.

Kendra Sunderland signed a contract to become Greg Lansky‘s premier adult superstar for his Vixen brand, and became the hottest sensation in that entire industry, across all platforms.

So what’s a 23 year old ambitious young lady to do?

Take on the mainstream world, and ascend to the top, as well!

And that’s exactly what Kendra Sunderland has done!

When The Heyman Hustle exclusively presented Kendra Sunderland’s very first supermodel photo shoot, it was obvious from the first moment of distribution we had a globally trending viral hit on our hands.

“Kendra’s numbers were unlike anything we’ve ever seen,” noted supermodel photographer Mike Cohen, whose lens has captured the most beautiful #HustleBootyTempTats supermodels in EXCLUSIVE photo shoots. “Her photos broke every record for traffic on the Hustle and social media scores … and number two wasn’t even close!”

Of course, this caught the eye of everyone in the mainstream, including Kanye West.

When Kanye agreed to design a limited run of sweatshirts featuring the adult world’s biggest names, he reportedly had only one choice for the first big release: Kendra Sunderland! Alongside his frequent collaborator, designer Willo Perron, Kanye released a greige sweatshirt featuring an abstract painting of the Oregon Library Girl, officially making Kendra a Yeezy Supermodel.

The sweatshirt, already a major collectors item worldwide, was sold through the Yeezy website for only 24 hours, at a price tag of 75 dollars per sweatshirt. The value of these Kendra Sunderland endorsed collectors items have skyrocketed through the roof, as fans of Kendra, Yeezy and fashion alike are all clamoring for the rare print.

While we can’t help you get your hands on any of these killer sweatshirts (we’re hoarding all for ourselves!), we can offer you something you’ll never find anywhere else … Kendra Sunderland‘s second supermodel photo shoot, shot by Mike Cohen exclusively for The Heyman Hustle at the Hard Rock Hotel and Casino Las Vegas.

“Kendra is a joy to work with,” Mike noted. “I must compliment Kanye West on his excellent taste in supermodels for his brand!”

We’re HustleTweeting about Yeezy Supermodel Kendra Sunderland’s EXCLUSIVE Photo Shoot for The Heyman Hustle, and you’re more than welcome to join the conversation with our HustleTweeters by following the Hustle on Twitter HERE or by hitting LIKE on our hyper-interactive Facebook page HERE!