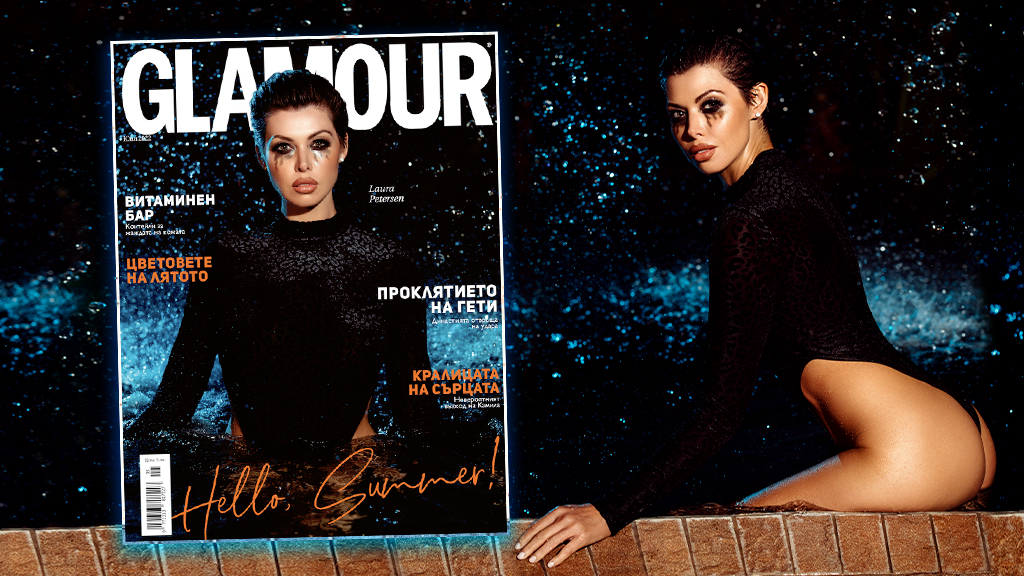 Independent Film Actress Laura Petersen, who has won multiple Best Actress Awards in the past two years has been named the newest member of the #HustleBootyTempTats supermodel roster, as exclusively confirmed today in a cover feature story by Glamour Magazine.

You can order your collector’s edition of Glamour HERE!

Laura Petersen is the newest member of the #HustleBootyTempTats supermodel roster, Glamour can exclusively confirm. The sensational New York-based actress and fashion model was personally recruited for the “anti-influencer influencer” brand by WWE legend Paul Heyman, who is also the co-founder of the top ranked Looking4Larry Agency. “Laura Petersen is a superstar rocketing to the top of both the acting and modeling worlds at the very same time,” Heyman told Glamour in an exclusive interview. “She recognizes no limits when it comes to pursuing greatness on screen, on stage or in front of the camera!”

While Laura has become the film critics’ darling, she’s been building quite the modeling career at the very same time. As versatile a photo subject as she is an thespian, Laura has been featured in editorial, fashion, swimwear and lingerie shoots, and the demand for her images has grown exponentially in the past year. It’s been a lot of hard work for Laura, whose work has forced her to move all over the world in the name of her two full time careers.

New York, however, will always be home to Laura, and it was while she was shooting a television show in Manhattan that she came to the attention of Heyman, the legendary disruptor of the multi-billion-dollar sports entertainment industry who recently turned his attention to the modeling world as well.

With Victoria’s Secret abandoning the “Angels” concept and Sports Illustrated tinkering with the formula that made their annual Swimsuit edition a global phenomenon, Heyman and Co. realized there is a void at the very top of the supermodel world, and decided it was time to seize the moment. Renting a $20,000,000 USD estate in Lake Las Vegas, Nevada, about thirty minutes away from the insanity of the infamous “Las Vegas Strip,” Heyman flew in some of the world’s most celebrated photographers and paired them with his #HustleBootyTempTats supermodels. The goal was simple, according to Heyman himself. “Capitalize on the opportunity to take over the top level of the supermodel marketplace!”

The Lake Las Vegas estate was the perfect setting for Laura’s first #HustleBootyTempTats supermodel photoshoot. Heyman paired her with noted lens man Elm Diaz, who was inspired by Laura’s work ethic and vibrant personality. “Laura saw the waterfall and pool area and immediately started pitching all sorts of creative ideas,” Elm told Glamour. “She was so passionate about the different ways we could do the shoot, and her enthusiasm was super contagious. It took several hours to set up the midnight photoshoot, and not one single person on the crew complained. Laura’s so wonderful to work with, and I can only hope people enjoy looking at these images as much as we all enjoyed creating them!”

So what’s next for America’s sexiest actress and supermodel?

“A Broadway play? A big budget Hollywood movie? Another cover story for Glamour magazine?” Laura said with a big smile as she signed autographs for her adoring fans outside the world famous Del Frisco’s Double Eagle Steakhouse across the street from Rockefeller Center in Midtown Manhattan.

“She’s going to pursue her passions,” Heyman exclaimed. “Laura Petersen is going to live out her dreams!”

We’re HustleTweeting about #HustleBootyTempTats supermodel (and Glamour cover model) Laura Petersen, and you’re more than welcome to join the conversation on the Hustle Twitter HERE … on our ridiculously sensational Instagram HERE … or on our Facebook page HERE!