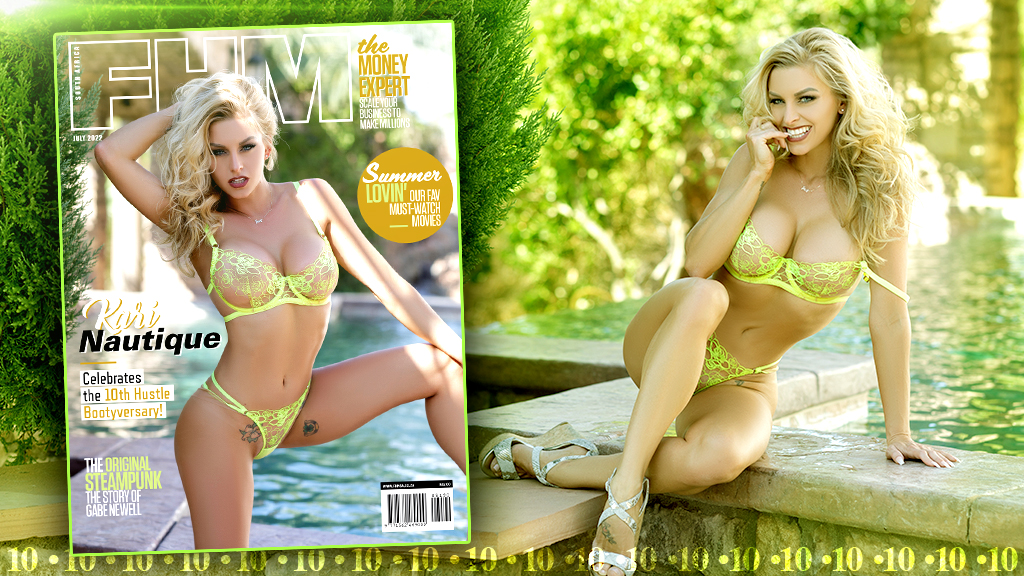 2012: Kari Nautique is named the Playboy Cyber Playmate of the Year. She tweets out that she wants a temporary tattoo of the “Heyman Hustle” website’s logo so she can wear it to the beach in a thong. WWE legend Paul Heyman, co-founder of New York City’s Looking4Larry Agency, retweets Kari’s comment and adds a hashtag.

The modeling business would never be the same.

2022: Victoria’s Secret has abandoned the “Angels” concept. Sports Illustrated’s annual Swimsuit edition is no longer the home for the most beautiful bikini, body paint, body tape and swimwear models in the world. Instead, it’s a politically correct, all-inclusive showcase that has left the top of the supermodel world wide open and for the taking. And that’s where Paul Heyman’s disruptive “anti-influencer” influencer brand #HustleBootyTempTats has seized the moment and climbed to the very top of the analytic and metrics charts for the always-trending “supermodel” category.

“The #HustleBootyTempTats supermodel brand has taken on a life of its own,” Kari exclaimed during FHM’s interview with the breathtaking beauty. “We take the work very seriously, but we never take ourselves seriously. I think that’s the key to the success of the brand. We do it all with a wink and smile, and you can tell we are having the time of our lives creating this content!”

To celebrate the 10th “Bootyversary,” Kari Nautique was photographed exclusively for FHM and the Heyman Hustle website at a $25,000,000 USD estate in Lake Las Vegas, Nevada. “This is what I’ve dreamed of doing since I was a little girl,” Kari gushed. “It may sound funny to say, and even funnier to read, but I want to be an inspiration to a whole new generation of little girls who want to grow up to be a #HustleBootyTempTats supermodel!”

We’re HustleTweeting about #HustleBootyTempTats supermodel (and FHM South Africa cover model) Kari Nautique, and you’re more than welcome to join the conversation on the Hustle Twitter HERE … on our ridiculously sensational Instagram HERE … or on our Facebook page HERE!