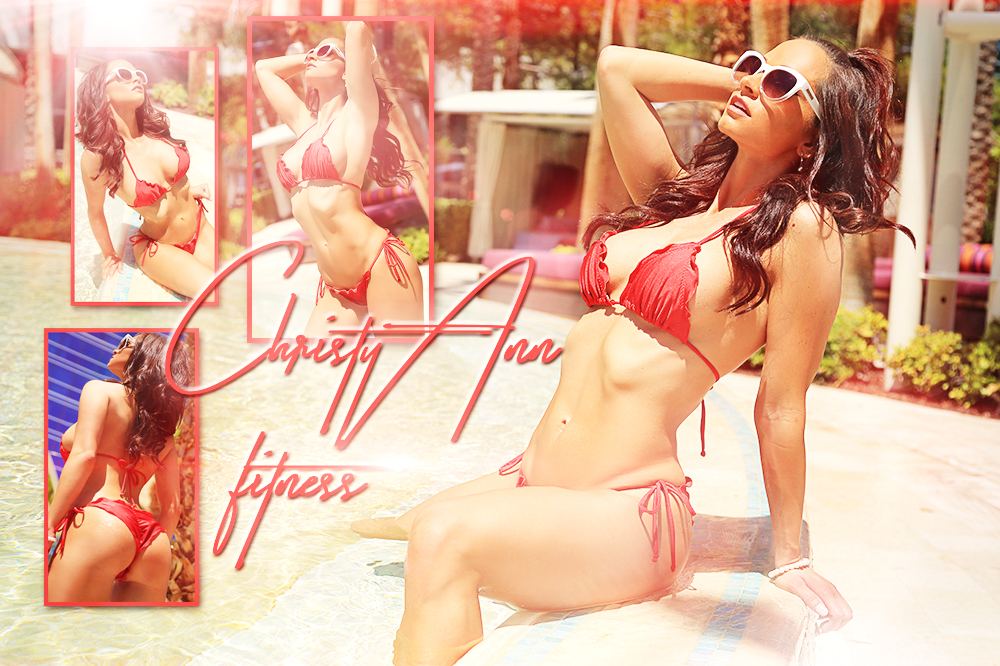 “I dare say I’ve never worked with a supermodel who puts as much thought and effort into a photo as Christy Ann,” stated Mike Cohen, the world renowned supermodel photographer who collaborated with Christy Ann on this EXCLUSIVE photo shoot. “She’s driven and determined to make the biggest impact imaginable … she’s a tireless promoter who won’t stop under #HustleBootyTempTats has taken over Las Vegas, the pool parties and the entire supermodel world.”

“Hey,” Christy Ann added. ” … at least I gave everyone time to prepare for the #HustleBootyTakeover!”

We’re HustleTweeting about Christy Ann Fitness, and you’re more than welcome to join the conversation on the Hustle Twitter HERE and also on our hyper-interactive Facebook page HERE!