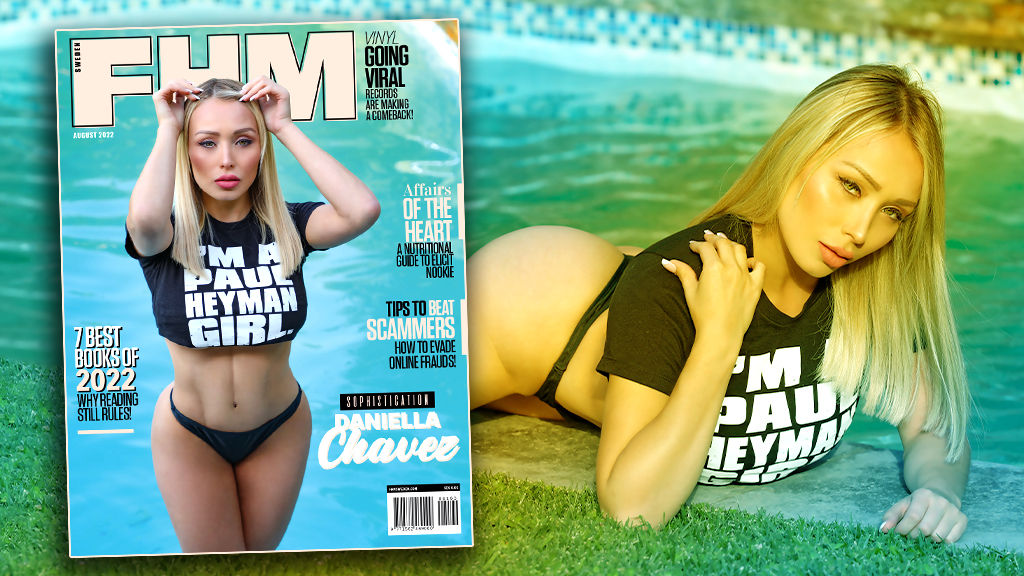 Reporter Noah Karlsson takes us through the EXCLUSIVE photoshoot.

Daniella Chavez has turned the entire world of sports upside down with her bid to purchase the O’Higgins FC soccer team. The stunning blonde bombshell, born in Chile, is world famous for being an internationally desired Playboy Playmate and #HustleBootyTempTats supermodel.

In fact, in a move that would obviously make #HustleBootyTempTats supermodel brand creator and industry disruptor Paul Heyman proud, Chavez has garnered global attention for her attempt to become the team’s new owner. The super sexy influencer, whose Instagram account has almost 17,000,000 followers, turned to OnlyFans, the exclusive online platform where fans can purchase content, to raise funds in hopes of raising enough money to make a serious offer for the Chilean club, which currently plays in the Campeonato Nacional league.

“I found out O’Higgins is for sale, and I started a campaign to raise the nearly $20 million,” Chavez explained.

While O’Higgins FC’s owner, Ricardo Abumohor has refused to comment on Chavez’s move, one cannot take this as a publicity stunt. In fact, Chavez has started posting her OnlyFans earnings on social media, and she’s already raised over $8 million towards the sale.

“Daniella Chavez is someone to be taken seriously,” noted reporter Antonio Abbassio, who worked with Daniella on some features for the Heyman Hustle website. “She’s ambitious, driven, wickedly smart, and has put together a social media empire that picks up more and more momentum every single day.”

“When we posted her first set of #HustleBootyTempTats supermodel photos, she crashed our server and both our backup servers,” Abbassio laughed. “Her ability to rally a worldwide fanbase is second to none! If Daniella Chavez has her sights set on purchasing the O’Higgins FC soccer team, someone better start looking to hire a new decorator for the owner’s suite!”

We’re HustleTweeting about #HustleBootyTempTats supermodel (and FHM cover model) Daniella Chavez, and you’re more than welcome to join the conversation on the Hustle Twitter HERE … on our ridiculously sensational Instagram HERE … or on our Facebook page HERE!