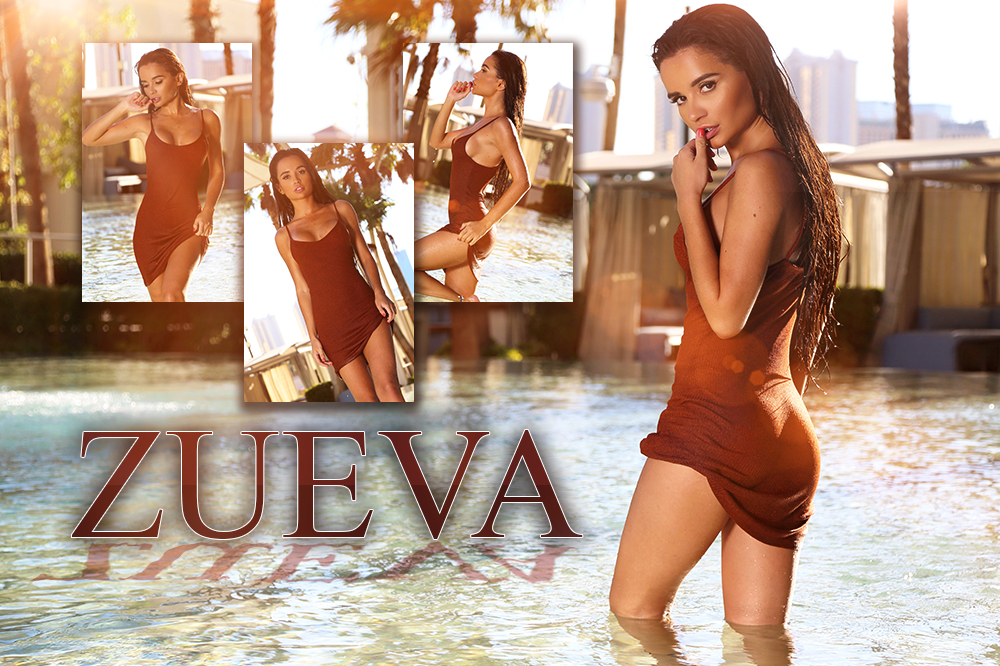 The flight from Moscow to Las Vegas is approximately 20 hours. That doesn’t include travel to the airport; check-in; grabbing your bags once you land; and going through customs. By the time one gets to the Hard Rock Hotel and Casino Las Vegas (and why on earth would you go anywhere else in Las Vegas, especially when you’re a supermodel?), it’s easily a 24 hour trip.

When you’re Russia’s hottest supermodel, #HustleBootyTempTats global sensation Zueva Ekaterina, that time can be used for consideration of options. Options, of course, to fulfill the promise she made to herself when being interviewed for her first EXCLUSIVE photo session on the Hustle, in which Zueva bluntly declared, “Las Vegas is a beautiful city … I’d like to own it one day!”

“Most supermodels will either try to get as much sleep on that plane as possible, or drive themselves crazy because of how grueling a travel day it is,” noted world renowned supermodel photographer Mike Cohen, whose 11 hour non-stop from London, UK is just a little less than half-as-grueling as the flight from Moscow. “Zueva spends every waking moment planning and implementing her plan for world domination!”

“For this photo shoot, we were going to shoot Zueva in this amazing designer dress, with one of the Hustle’s private pools in the background, and the light bouncing off the water behind her,” Mike noted. “It was so hot under the glaring sun, Zueva decided to jump into the pool, designer dress and all!”

As always with our #HustleBootyTempTats supermodel shoots, it’s the impromptu moments that end up delivering the most amazing photos.

“I love the freedom to express myself,” Zueva exclaimed. “The water looked just too good to ignore …”

… which is exactly how the world feels about Zueva!

We’re HustleTweeting about this magnificent #HustleBootyTempTats EXCLUSIVE photo shoot, and you’re more than welcome to join the conversation by following the Hustle on Twitter HERE or by hitting LIKE on our hyper-interactive Facebook page HERE!