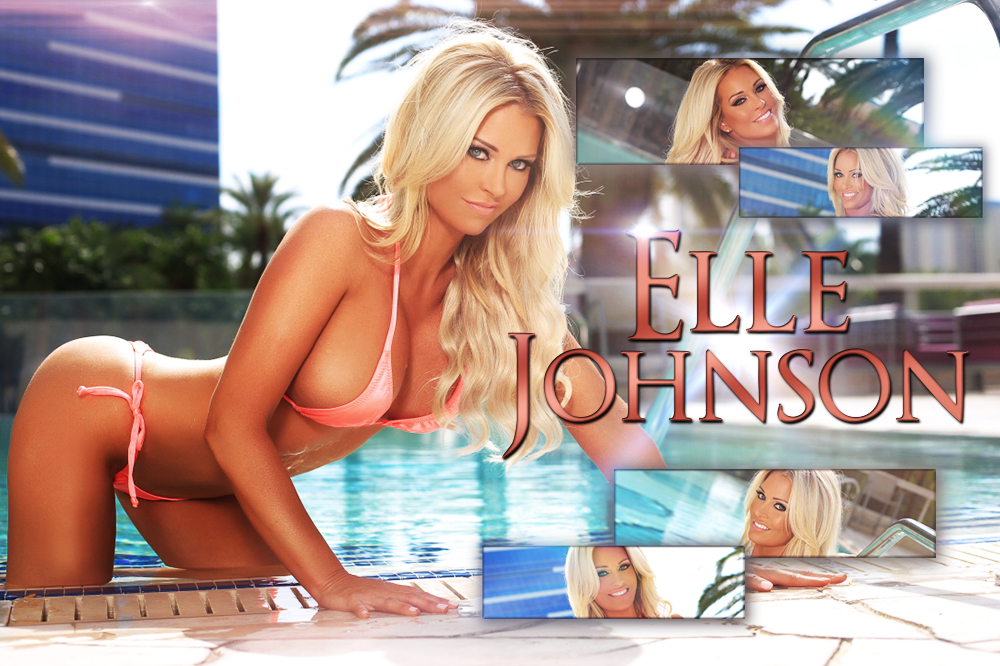 It can be stated without fear of being accused of embellishment or exaggeration that 2017 was the biggest year in the #HustleBootyTempTats global phenomenon. With supermodels flying in from all over the world, shooting EXCLUSIVE photo sessions at the Hustle’s private pools at the Hard Rock Hotel and Casino Las Vegas, the entire #HustleBootyTempTats concept has changed dramatically. “We no longer need to scout for new talent,” noted world renowned supermodel photographer Mike Cohen. “Now we have the top supermodels, highest ranked social media influencers, hottest bikini babes and most sought-after emerging stars auditioning for us!”

So it’s safe to say the days of a #HustleBootyTempTats supermodel recruitment process are over, right?

Well, not so fast.

“Paul (Heyman) has, for a long time, considered Elle Johnson to be the supermodel universe’s version of a first round draft pick,” noted Looking4Larry Agency (the Hustle’s parent company) co-founder Mitchell K. Stuart. “She’s the impossible ‘get.’ Everyone’s tried to work with her, but she continues to stay independent and post photos from her amazing estate in Park City, Utah … or when she goes on a road trip to support one of her favorite sports teams.”

Indeed, the impossibly beautiful blonde bombshell has been a mainstay on Andy Gray’s Sports Illustrated “Extra Mustard” column, and she has become SI‘s hottest web sensation, even though her Instagram account(s) keep getting pulled down.

“It’s become one of the hottest topics in the world of social media influencers,” noted L4L / Heyman Hustle‘s Director of Analytic Research Tabish Yousef. “Elle’s photos on Instagram are actually tame compared to some of the other hot IG models’ pictures, but Instagram keeps deeming Elle Too Hot For Instagram. It’s as if just her mere presence in an image carries with it too high a sexual quotient and the public needs to be protected from her seductive charms!”

And you wonder why Paul Heyman considers Elle the number one draft pick in the supermodel universe?

“We’re very excited to work with Elle,” Paul stated as we were putting this story together. “She has an open door with every major publication, every agency, every major outlet a supermodel could dream about … and yet she chose us for her first official supermodel photo shoot. We’re quite honored, and indeed humbled not only by her choice, but also by her work and the manner in which she presents herself. Elle is as wonderful to work with as she is beautiful, and she adds such class and style to the #HustleBootyTempTats supermodel brand.”

Elle Johnson‘s very first supermodel photo shoot is presented by The Heyman Hustle in coordination with the Looking4Larry Agency and the Hard Rock Hotel and Casino Las Vegas. We’re HustleTweeting about this historic #HustleBootyTempTats supermodel photo shoot, and you’re more than welcome to join the conversation by following the Hustle on Twitter HERE or by hitting LIKE on our hyper-interactive Facebook page HERE!