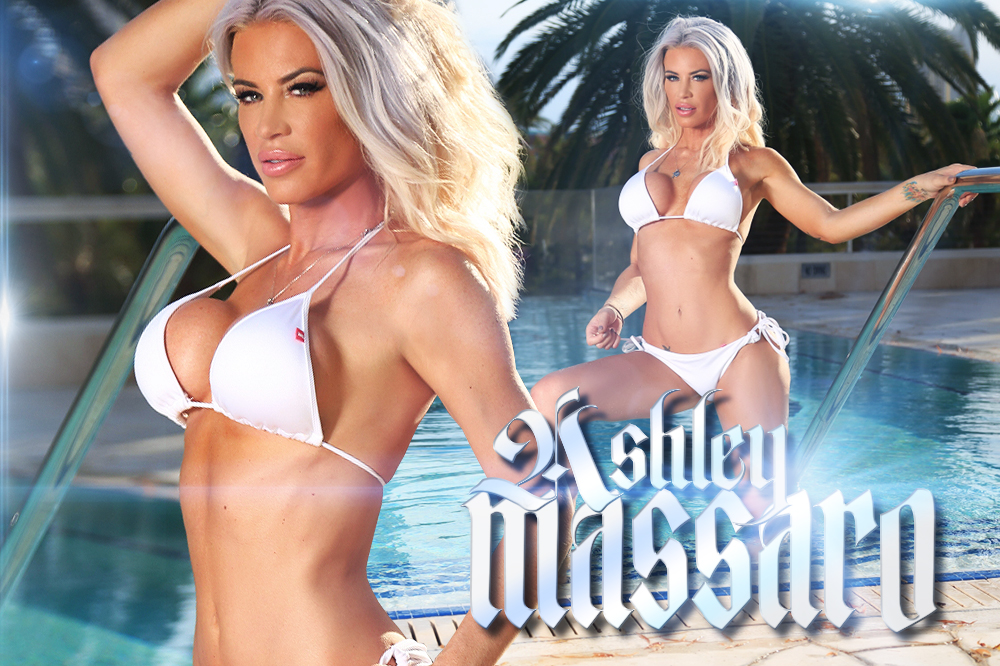 Ashley Massaro is back, and she’s hotter than ever!

Considering Massaro was a global sensation as the 2005 WWE Diva Search Winner at the age of 25, a Playboy cover girl and Miss Hawaiian Tropic as well as the resident sex symbol on CBS Television Network’s “Survivor: China.” it’s tough to imagine the hard rockin’ New York model is, at 38 years old, “hotter than ever!”

” … but it’s true!” exclaimed world renowned supermodel photographer Mike Cohen, who collaborated with Ashley for this EXCLUSIVE #HustleBootyTempTats photo shoot at the Hard Rock Hotel and Casino Las Vegas. “Ashley has simply never looked better. She’s a beautiful woman who knows how to accentuate her killer curves, her amazing charisma beams through the camera lens!”

#HustleBootyTempTats supermodel Ashley Massaro was photographed EXCLUSIVELY for The Heyman Hustle by Mike Cohen as part of the Looking4Larry Agency’s #ThisIsHardRock campaign for the Hard Rock Hotel and Casino Las Vegas. We’re HustleTweeting about Ashley Massaro‘s #HustleBootyTempTats supermodel photo shoot, and you’re more than welcome to join the conversation by following the Hustle on Twitter HERE or by hitting LIKE on our hyper-interactive Facebook page HERE!