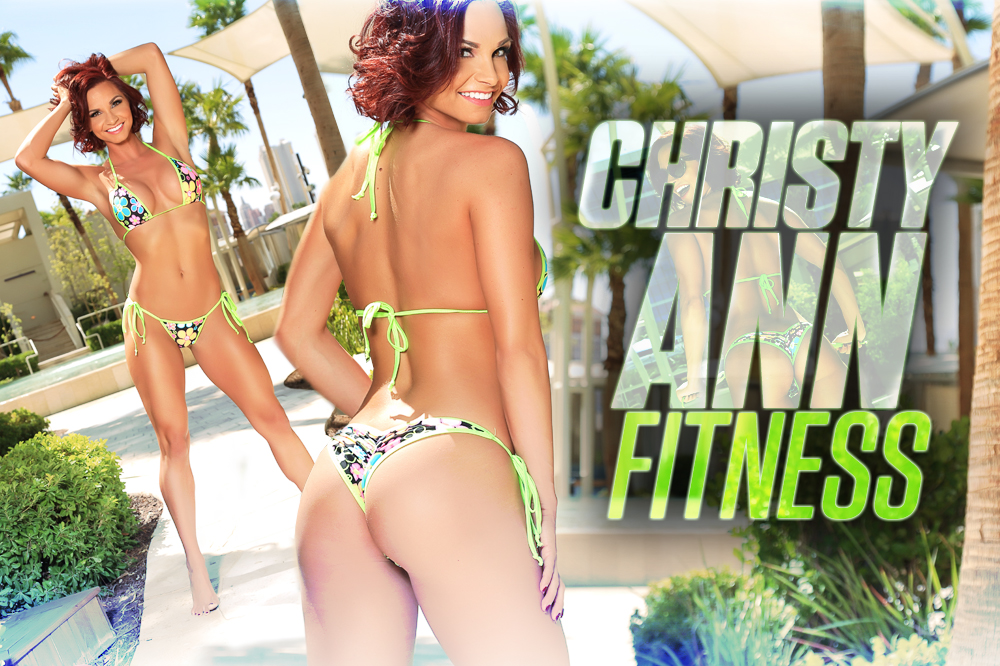 If you thought our 2nd year of EXCLUSIVE supermodel video and photo shoots at the Hard Rock Hotel and Casino Las Vegas was going to be without controversy … well, we hate to inform you … you’ve already lost one bet! #HustleBootyTempTats supermodel Christy Ann Fitness was back in Sin City, and for some reason, mayhem and pandemonium just seems to follow Christy Ann everywhere she goes.

Our boss Paul Heyman posted a story on the Hustle Facebook Page, and I was right there … in person … to witness the entire controversy. So I can not only confirm what Paul says here, I can also repost it for your reading pleasure:

Well, she did it again. Leave it to #HustleBootyTempTats supermodel Christy Ann Fitness to cause all sorts of controversy and commotion for #Looking4Larry’s return to the Hard Rock Hotel and Casino Las Vegas. When a major Las Vegas casino shuts down multiple pools for your EXCLUSIVE use, you know they take the campaign seriously. But then there’s always the one who has push everything to the limit… (and God forbid that would ever be me, right? You all know I have never been a disruptor, nor one to take things to the …. um …. EXTREME???), and this time it’s our favorite #PaulHeymanGirl Christy Ann, whose fan base showed up in droves seeking selfies and autographs and just a glimpse of the hottest fitness model in the supermodel world today. So what does Christy Ann do? She let’s it slip out that she’s prepared to do just that … SLIP OUT, if you catch my drift, because tan lines bother her and the 100+ heat in Vegas is perfect for an “all over tan.” Next thing you know, execs are flocking to the photo shoot, making sure Christy Ann isn’t skinny dipping in the VIP pool they shut down and to which they gave us EXCLUSIVE access.

… that was their excuse to come up to the pool and see Christy Ann doing her photo shoot?

#HustleBootyTempTats is back at he Hard Rock again this summer.

We’re HustleTweeting about #HustleBootyTempTats supermodel Christy Ann Fitness, and you’re more than welcome to join the conversation by following the Hustle on Twitter HERE or by hitting LIKE on our hyper-interactive Facebook page HERE!