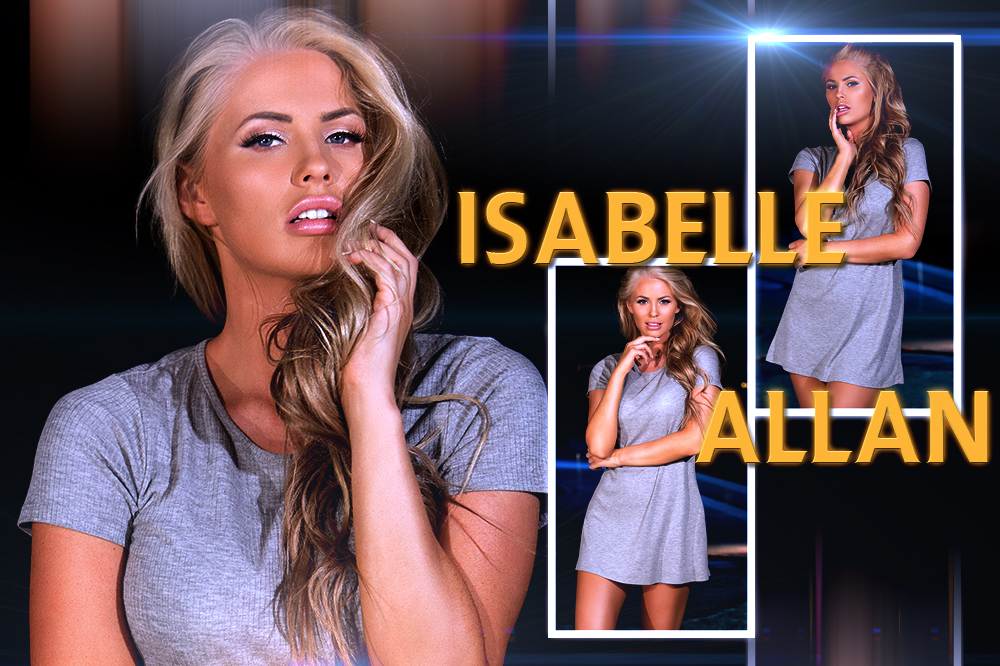 “We were doing the very first-ever photo shoot at the brand new Breathe Lounge at the Hard Rock Hotel and Casino Las Vegas,” Christos said excitedly. “The lounge was going to open the very next night, and the designers had just finished their work earlier in the evening. So we started shooting around Midnight. Isabelle had just flown in from the UK, which is a long long trip to Las Vegas. Paul Heyman said Isabelle doesn’t need to check in with hair and makeup. She wakes up supermodel-ready! He was so right. We called Isabelle with a 15 minute heads-up around 2:30am. She showed up, right on time, at 2:45 in this grey nightshirt, and Paul screams out let’s do the shoot just like that! No swimwear, no hair and makeup, just Isabelle, in all her natural beauty, because she wakes up looking like this.”

Christos let out a loud laugh, and then confided, “… in other words, FLAWLESS!”

We’re HustleTweeting about #HustleBootyTempTats supermodel sensation Isabelle Allan, and you’re more than welcome to join the conversation by following the Hustle on Twitter HERE or by hitting LIKE on our hyper-interactive Facebook page HERE!