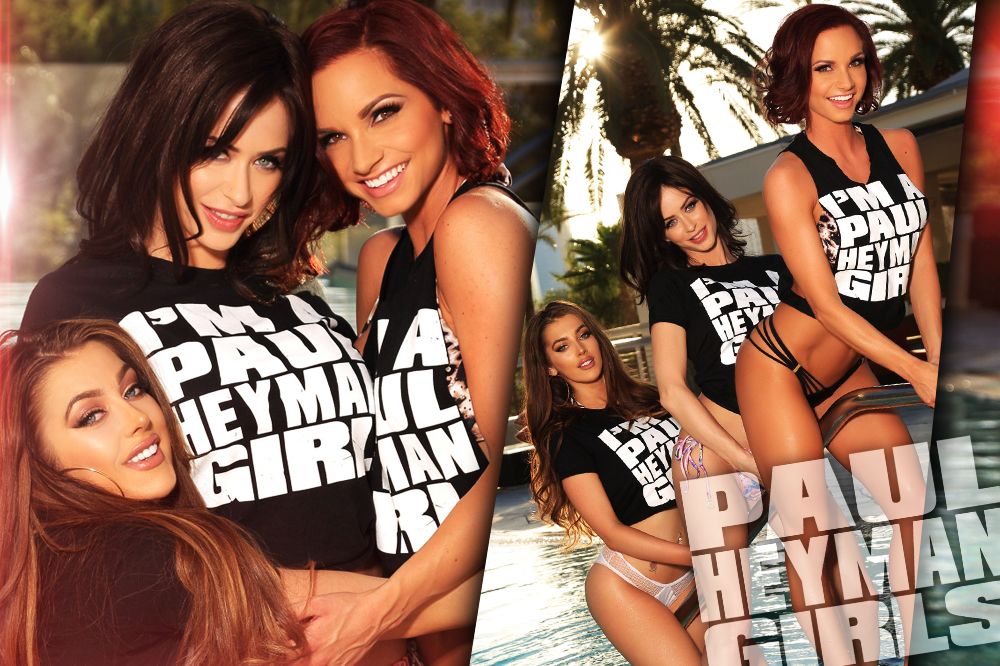 In this, the latest release in this new series, we go back to Las Vegas, where supermodel photographer Mike Cohen gathered a #PaulHeymanGirl trio consisting of Christy Ann Fitness, Delia Rose and Emily Addison at Paul Heyman’s #L4L Las Vegas Office!

Please keep in mind that we’re HustleTweeting about Christy Ann Fitness, Delia Rose and Emily Addison‘s Never B4 Seen Hustle Booty Treasures, and you’re more than welcome to  join the conversation by following the Hustle on Twitter HERE or by hitting LIKE on our hyper-interactive Facebook page HERE!