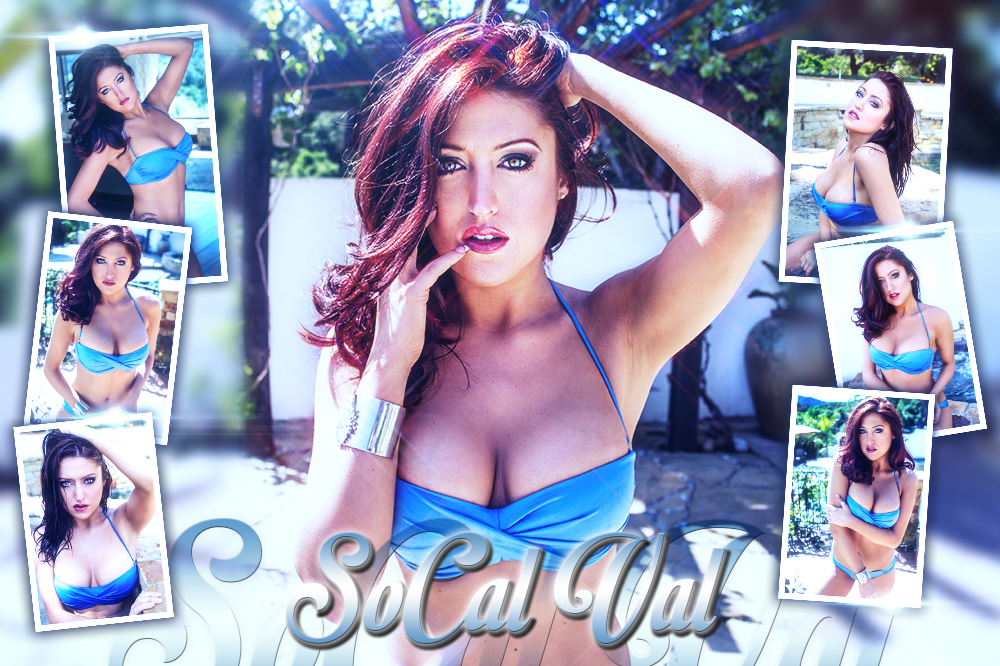 “I’ve been a #PaulHeymanGirl since before I ever met Paul Heyman!”

So claimed SoCal Val, the all natural beauty as she was going through the raw images from this EXCLUSIVE photo shoot in the hills of Los Gatos, California with our very own Ary Dalton. Val exclaimed, “I’ve been pitching ideas to the Hustle for years, and I think this is going to be my favorite set of photos ever!”

Indeed, Val has been featured here on the Hustle since 2011, when we posted this EXCLUSIVE photo set by Bob Mulrenin. The story got so much response, we followed up with SoCal Val’s 1st EXCLUSIVE bikini shoot on the Hustle (also in 2011). Mulrenin also posted these hot pics of Val with Traci Brooks at the pool.

Then we featured SoCal Val’s 1st-ever supermodel photo shoot (with EXCLUSIVE photos by Ary Dalton), and the success of that story led to this bikini shoot. “Val comes alive during a photo shoot,” Ary said. “I know this probably sounds … or reads … like a cliché, but she radiates positivity, and she’s positively radiant! I love working with her, and can’t wait for the next concept we’re going to shoot!”

We’re HustleTweeting about SoCal Val’s #HustleBootyTempTats Photo Shoot, and you’re more than welcome to join the conversation on the Hustle Twitter HERE and also on our hyper-interactive Facebook page HERE!