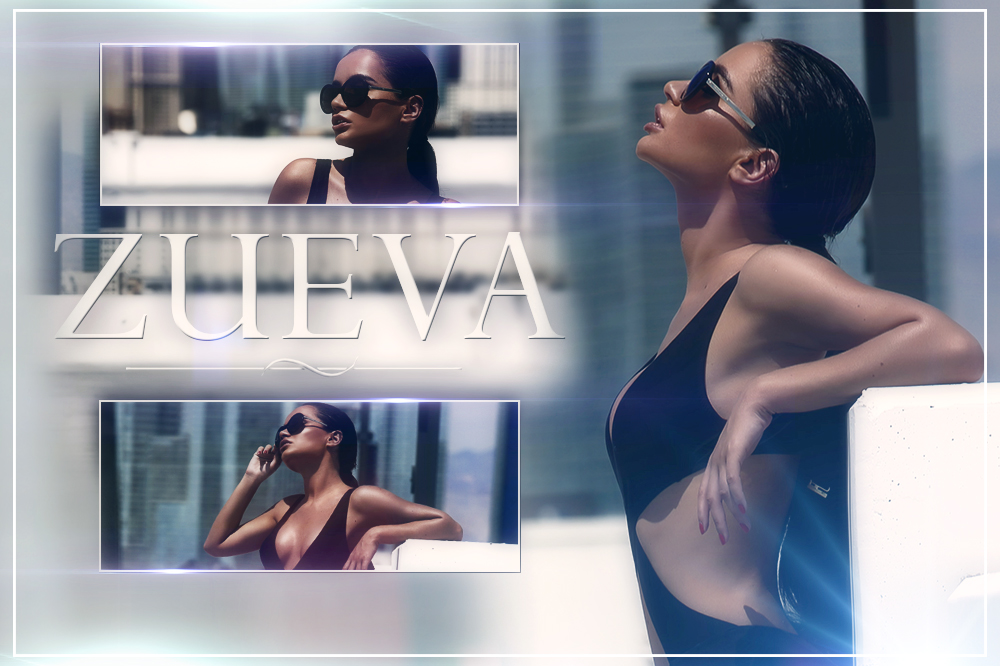 Zueva Ekaterina is Russia’s top supermodel right now, a stunning accomplishment for a yoga guru who only decided to start modeling because she wanted to travel the world and experience different cultures. Born and raised in Moscow, the mysterious olive-skinned brunette shot to fame by not only posting some of the most glamorous photos of the Instagram age, but also by being a brilliant self-marketer, an assessment we base on the remarkable number of hours Zueva has spent interacting with her fan base. “Zueva wasted no time building her audience,” noted world renowned supermodel photographer Mike Cohen, who collaborated with Zueva on this EXCLUSIVE photo shoot at the Hard Rock Hotel and Casino Las Vegas. “As the saying goes, she slayed her competition on Instagram, attracted a couple of million followers, and became one of the most sought-after supermodels in Eastern Europe … and then she decided to venture out into the rest of the world!”

“I had the pleasure of shooting Zueva for a major European campaign earlier this year, and it dawned on me how both Zueva and the #HustleBootyTempTats concept have become major players in the supermodel world in the past two years,” Mike noted. “It was time for these forces of nature to meet!”

Zueva arrived in Las Vegas on Sunday, July 2nd, and the international media went wild speculating on what project Zueva was working on. “We try to keep a lid on the supermodels we’re working with until we release the initial photos or stories,” Mike explained. “Paul (Heyman) had her limo drive around Las Vegas for 30 minutes to ensure they ditched the photographers who were following Zueva, trying to find out more about what she was doing in the United States.”

“Las Vegas is a beautiful city,” Zueva said with a seductive smile. “I’d like to own it one day!”

We’re HustleTweeting about #HustleBootyTempTats Supermodel Zueva Ekaterina, and you’re more than welcome to join the conversation on the Hustle Twitter HERE and also on our hyper-interactive Facebook page HERE!