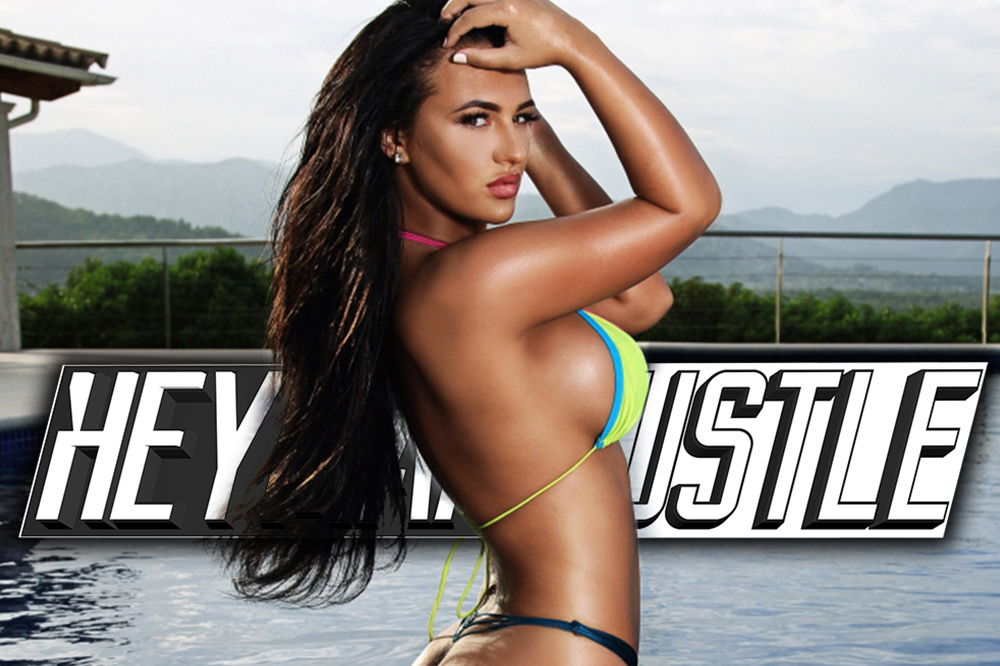 When the Hustle introduced super hot bikini babe Natalia Paige to the world, we knew the response was going to be insane, but even we were unprepared for the overwhelming passion people across the globe have for the sultry sexy sensation from the UK.

Mike continued, “… but even in Mallorca, traffic stopped for her. She radiates sex appeal, and everyone notices her, everywhere she goes, all of the time. She’s more than a head turner, she’s a neck cranker. This young lady causes a scene everywhere she goes!”

“The Heyman Hustle brought Ms. Natalia Paige to Mallorca for this EXCLUSIVE photo shoot,“ Mike explained. “I think it’s the best work she’s ever done. She got a custom-made bikini especially for the shoot, and she’s getting sexier by the day.”

We’re HustleTweeting about #HustleBootyTempTats supermodel Natalia Paige, and you’re more than welcome to join the conversation by following the Hustle on Twitter HERE or by hitting LIKE on our hyper-interactive Facebook page HERE!