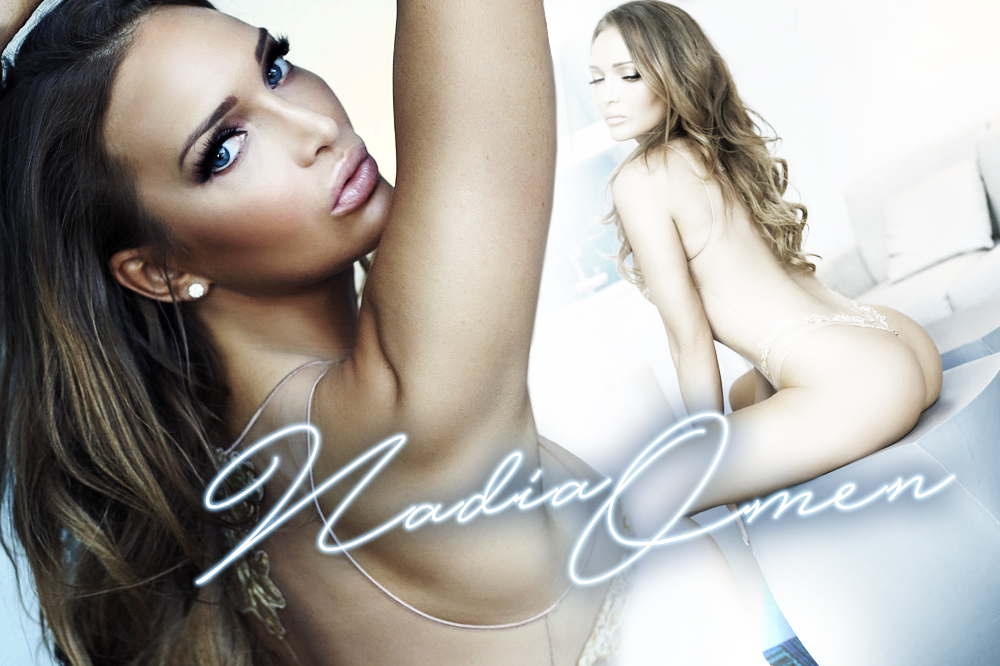 Nadia Omen likes to describe herself as a “citizen of the world.” The Eastern European supermodel, who has made the big move to live (and pursue her dreams) in the United States is originally from the Estonian capital of Tallinn. “It’s one of the great cities of the world,” noted photographer Mike Cohen, who collaborated with Nadia at the Hard Rock Hotel and Casino Las Vegas for this EXCLUSIVE photo shoot. “Tallinn’s Old Town is known as being one of the best preserved medieval cities in Europe and is the major political, financial, cultural and educational center of Estonia. But while the city has deep roots in tradition, it’s also one of the most modern-thinking cities in Europe, as it has grown to have the reputation of being Europe’s Silicon Valley!”

“You can look this up if you don’t believe me,” Nadia stated with a big smile. “Tallinn has the greatest number of startups per person in all of Europe, and is the city from which many international companies have emerged, including Skype!”

Nadia, whose heritage is half-Estonian and half-Russian, flew to Las Vegas for the photo shoot with high expectations. “I have been very selective about with whom I will shoot my photographs,” Nadia stated bluntly. “While social media has become a huge component in the marketing of fashion, I didn’t want to be labeled a social media model or insta-famous. I see how the #HustleBootyTempTats brand has become a major force in turning models into supermodels with worldwide recognition, and I wanted to be part of the movement!”

So, a glamorous supermodel from Eastern Europe doesn’t want to be lumped in with the new generation of Internet sensations, but she’s willing to have the made-up hashtag #HustleBootyTempTats as her calling card?

“Without a sense of humor, you’re nothing,” Nadia said with great seriousness. “#HustleBootyTempTats may have been coined with a wink and a smile, but it’s become a powerful name in the supermodel world. And I’ve always wanted to shoot with Mike Cohen. He’s recognized everywhere as one of the best not just today but ever, so when the opportunity presented itself, I was on the first plane to Vegas!”

The collaboration could not have gone better.

“I always say I love a supermodel who drives me crazy, wanting to work day and night,” Mike exclaimed. “Nadia was willing, able and ready to work around the clock. She only had so much time in Las Vegas, and she wanted to spend every minute of it in the makeup chair or in front of the camera. Her attitude was I’ll sleep on my day off, I’m here to work! You couldn’t ask for a more professional attitude! I can’t wait to work with her again!”

We’re HustleTweeting about #HustleBootyTempTats Supermodel Nadia Omen, and you’re more than welcome to join the conversation by following the Hustle Twitter HERE and also liking our hyper-interactive Facebook page HERE!