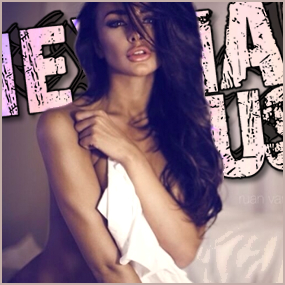 But UK sex kitten Mercedes Edison has seen her IG account shut down not once … not twice … not three times … but an astonishing four times! We here at the Hustle have painstakingly examined each and every single photograph Ms. Edison has posted on said accounts, and while they certainly can assist a man (or woman) seeking an alternative to popping a Viagra, one would be hard-pressed to actually decry these photographs as ban-worthy.

Instead, it would appear as though the radical girl from Liverpool simply makes people uncomfortable with her direct and unyielding assertiveness. Mercedes knows what she wants, and uninhibitedly goes after it. Whether or not that puts other people ill-at-ease is not a concern for Mercedes. She’s too busy pursuing her dreams. Because she’s Mercedes Edison … what’s YOUR Hustle?

KENDRA NAKED IN THE WOODS!

EMILY RATAJKOWSKI IS SUCH A BAD GIRL!

THE VERY BEST OF LINDSEY PELAS!

LINKIEST HAS THE KINKIEST LINKS ON THE WEB!

We’re HustleTweeting about Mercedes Edison (and the hottest stories on the web), and you’re more than welcome to join the conversation by following the Hustle on Twitter HERE or by hitting LIKE on our hyper-interactive Facebook page HERE!