It's The Ice Bucket Challenge Edition of The Heyman Hustle! 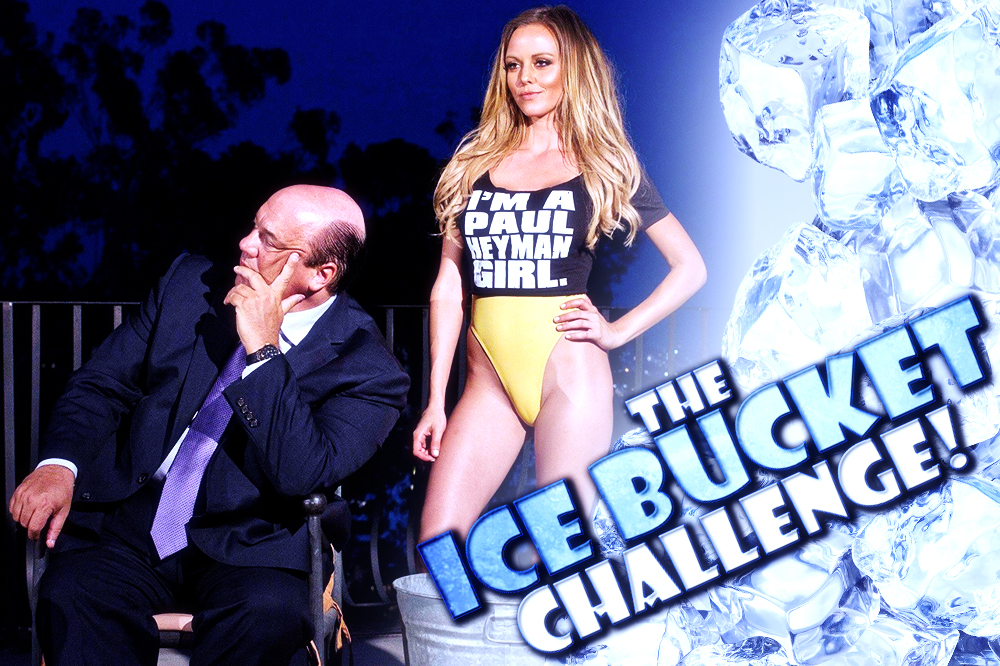 Our boss Paul Heyman has accepted the over-100 challenges from people around the world and has performed the ALS Ice Bucket Challenge … with the help of #HustleBootyTempTats super model Luci Ford! In case you have been off the Internet for the past few months, Luci is the hottest new super model of the year, a web sensation beyond description. Her appearances on all the celebrity blogs has led to a global audience clamoring for her next move.

The Ice Bucket Challenge is this year’s viral sensation, as the ALS Association (ALSA), which fights Lou Gehrig’s disease by funding research, supporting people with the condition and fostering government partnerships, has collected $88.5 million over a matter of weeks this summer from the viral social media campaign. It’s a stunning figure (to say the least) considering that the organization collected $2.6 million in the same period last year, according to a statement released by the group.

“The way Paul addresses the need for a cure will catch a lot of people off guard,” commented director Ary Dalton (who you can also follow on Twitter HERE). “This is probably the greatest episode of the Hustle ever!”

Of course, we’re HustleTweeting about The Ice Bucket Challenge Edition of THE HEYMAN HUSTLE, and you’re more than welcome to join the conversation by following the Hustle Twitter HERE and also liking our hyper-interactive Facebook page HERE!