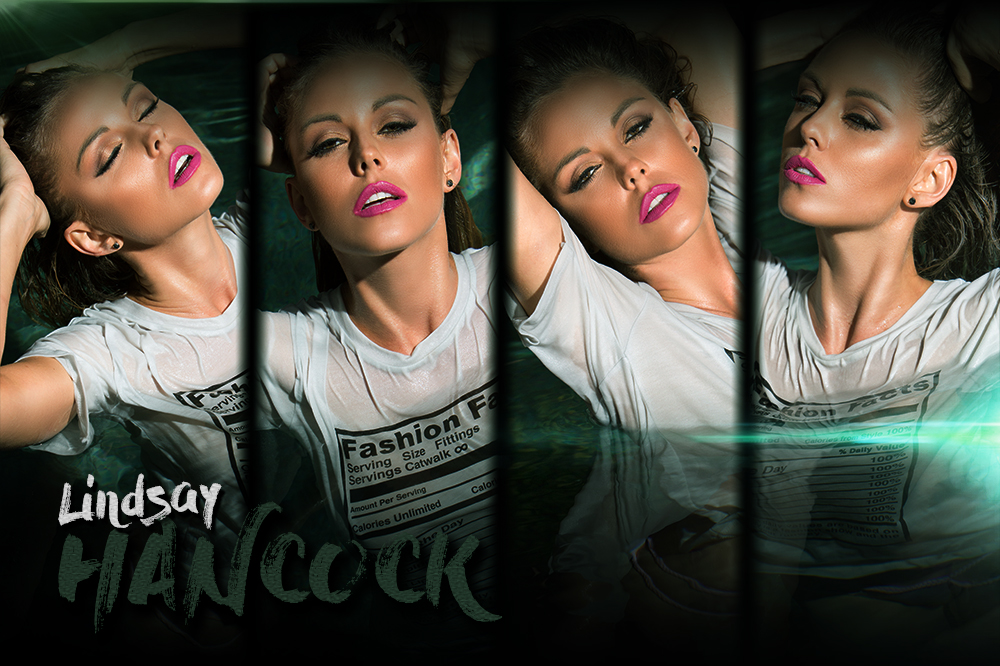 She’s the exquisitely beautiful supermodel who poured the icy cold water over her head during Paul Heyman’s Ice Bucket Challenge, a moment truly worthy of slo-mo replays ’til the end of time. #HustleBootyTempTats supermodel Lindsay Hancock is quickly becoming one of our most popular (and talked-about) sensations, and a large part of that popularity has to be attributed to her collaborations with photographer Christos Sewell, who has presented EXCLUSIVE photo shoots with Lindsay HERE … HERE … and HERE!

“Lindsay is so damn daring,” Christos offered. “She’s fearless. No concept intimidates her. She dives into the idea with everything she has, and it shows in her photos. She’s an amazing supermodel just based on her beauty. Add in the fact that she’s willing to do anything to get the best shot imaginable, you have a great subject to shoot!”

These breathtaking photos of #HustleBootyTempTats Supermodel Lindsay Hancock were taken at the Hustle’s West Hollywood Grotto EXCLUSIVELY for The Heyman Hustle. We’re HustleTweeting about this EXCLUSIVE photo shoot, and you’re more than welcome to join the conversation by following the Hustle Twitter HERE and also liking our hyper-interactive Facebook page HERE!