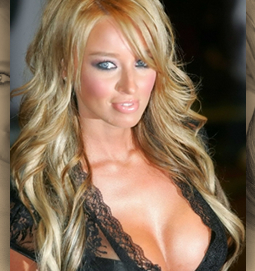 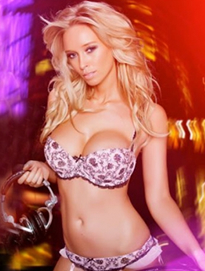 Lauren Pope is 28 years old, and she has a very impressive resume.

Yeah yeah yeah, we know. Check out that body!

But check out her credits, too!

Lauren is a top glamour model in the UK, a music producer, an entrepreneur, a reality tv star, and one of the highest paid and most in-demand DJs in the entire world.

The Pope has it going on!

Lauren became recognized as one of London’s top DJs right away In 2007, Within a year, she was hitting it big, scoring weekly residencies in both Ibiza and Majorca, as well as Dolce in London.

Then Nuts Magazine named her the “World’s Sexiest DJ,” and she started doing a number of London’s hottest celebrity parties, including Ne-Yo, T-Pain, JENNA JAMESON and LINDSAY LOHAN.

Since becoming a DJ, Pope has also moved into the world of producing. In 2009 she worked with Heatwave to remix “Broken” by UK artist Pierre Lewis which reached no. 6 in the Club Charts. She is set to release more of her own material this year, which is a big year for her since she has gone global with her own brand of hair extensions.

Of course, we’re HustleTweeting about this scorching hot young enterpriser, and you’re more than welcome to join us by following the Hustle on Twitter HERE or write to us at hustleoncrave@gmail.com

You can also subscribe (for FREE, cheapos, absolutely FREE) to our Ultra High Quality YouTube Channel HERE, and don’t forget to check out our old school social networking skills by visiting us on the Hustle’s Facebook page HERE and even on MySpace HERE

CLICK ON THE PICS BELOW TO SEE THE VERY BEST OF LAUREN POPE!

WE HERE AT THE HEYMAN HUSTLE HAVE ENSLAVED HIGHLY TRAINED
MONKEYS TO IGNORE THE FACT THEY ARE OVERWORKED AND UNDERPAID,
ALL IN THE NAME OF SCOURING THE WORLD WIDE WEB TO FIND THE FIFTEEN
MOST PROVOCATIVE STORIES ON THE INTERNET. ALL FOR YOU. NO ONE ELSE
BUT YOU. JUST YOU. AND ALL YOU NEED TO DO IS PICK WHICH PIC TO CLICK!