Jesse Jane Wants You to Look at Her Twitter 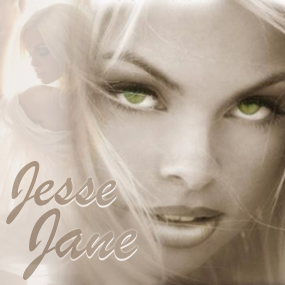 …and she doesn’t mind if you’re all f’d up on Diosa Tequila while you’re doing it!

Military brat Cindy Taylor spent her childhood going from one Midwest base to another before graduating from high school in Moore, Oklahoma.

From there, the 5’3” dynamo set off on a course of adventure that still rivals any wildness you’ll ever hear about from anyone else. The adult superstar is the brains behind the beauty of Diosa Tequila, and has developed the reputation of being one super savvy businesswoman.

The blonde starlet loves to interact with her fans, and she’s allowed her insanely hot Twitter account to do the talking. Never before have fans been able to gain such unfettered access to this sizzling sex symbol, and it’s all because she keeps her Twitter out front and center and available for all to see.

Of course, we’re HustleTweeting about Jesse Jane’s Twitter, and we’re enjoying every single solitary moment of it. Why not join the group session by following the Hustle on Twitter HERE or by hitting LIKE on our hyper-interactive Facebook page HERE!