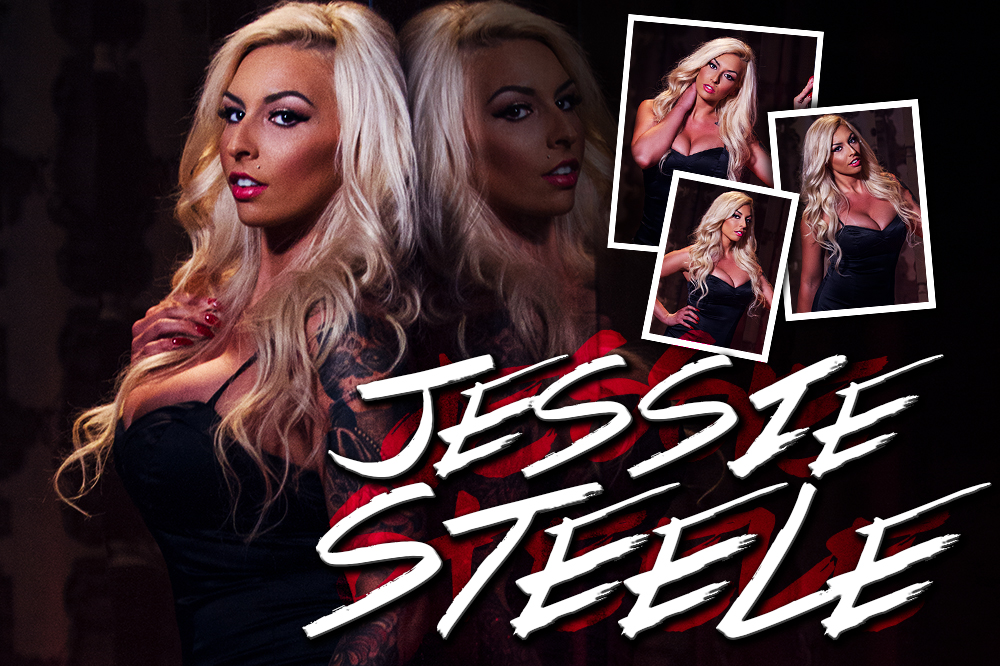 “I think you must have called the wrong girl!”

So said “Rack City Redd” Jessie Steele, a beautifully-inked supermodel from Long Island, New York who has taken the modeling world by storm. “You know I’m not like all the other girls, don’t you?”

Indeed, the East Coast-based stunner adds even more diversity to what is an already eclectic mix of #HustleBootyTempTats supermodels. She’s known for her work in the “ink / tattoo” world, but can’t be categorized just for that niche. She’s a busty bikini model, but has never allowed herself to be limited to only that genre. She’s one of the top rock n roll fashion models in the country right now, but has constantly gone out on a limb to try new and different and daring campaigns for apparel lines and clothing companies.

“Jessie approaches things with the mindset that life is too short, let’s make the most of it while we’re all here!” noted the Hustle’s very own Ary Dalton, whose EXCLUSIVE photo shoots can be seen HERE … HERE … and HERE!

In fact, during this particular EXCLUSIVE photo shoot at the Hard Rock Hotel and Casino Las Vegas’ Vanity Nightclub, Jessie came prepared with. literally, a bag full of outfits. “Jessie is a super-prepared professional,” Ary exclaimed, “she’s ready for whatever direction the photo session takes, and she’s comfortable allowing the flow of the photo shoot dictate the theme. She’s a completely fearless model, and I think the Hustle audience will love her many styles!”

Of course, we’re HustleTweeting about “Rack City Redd” Jessie Steele, and you’re more than welcome to join the conversation on the Hustle Twitter HERE and also on our hyper-interactive Facebook page HERE!