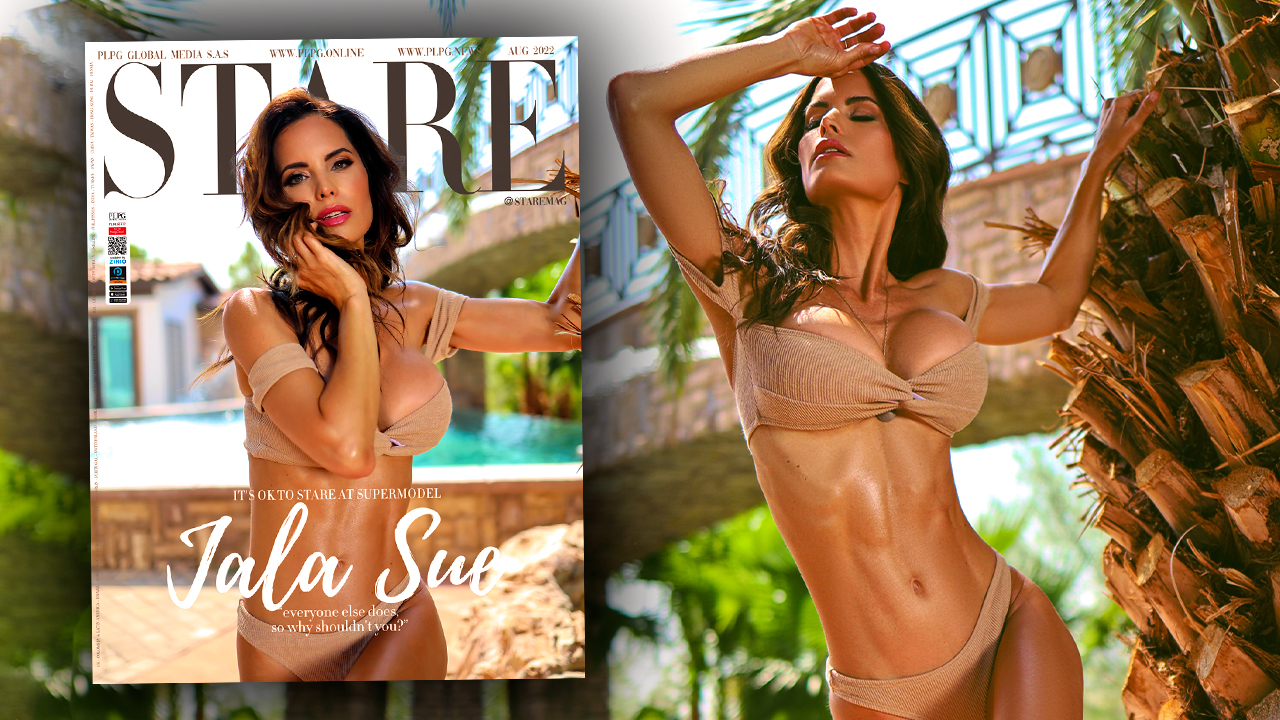 It’s difficult to imagine #HustleBootyTempTats supermodel Jala Sue ever being incognito. Recognized as the World’s Most Beautiful Athlete, the paddleboarding champion from Northern Michigan has a look that simply cannot be denied.

“The moment Jala Sue walks into a room, or arrives on set, the dynamic completely changes,” noted the legendary Paul Heyman, the star making genius behind some of sports entertainment’s biggest box office attractions (WWE Undisputed Heavyweight Champion Roman Reigns, Former WWE and UFC Heavyweight Champion Brock Lesnar, the revolutionary female fighter Ronda Rousey) and the marketing guru behind the entire #HustleBootyTempTats anti-influencer influencer brand. “No matter where she is or what she’s doing, Jala Sue’s beauty is to behold, her charisma is overwhelming, and her spiritual energy takes over the vibe of everything around her. And she does all of this … effortlessly!”

One may think Heyman, who for decades has sold audiences on major pay per view events with his oratory skills and hyperbole, is once again “selling the goods” of the personality he’s promoting. But once someone meets Jala Sue, you quickly realize Heyman may actually be underselling just how extraordinary this woman really is!

“Paul warned me to take some deep breaths before I met Jala Sue,” noted the Los Angeles-based photographer known as 50mmfoto. “I kind of brushed it off. After all, I’ve been fortunate enough to collaborate with some of the most beautiful women in the world. And then, I met Jala Sue.”

50mmfoto took a moment to laugh during his exclusive interview with Stare Magazine. “I’m not ashamed to admit it, I had to catch my breath. Jala Sue is not only an exquisite beauty, but also one of those rare personalities you meet that you know, from moment one, is someone you’re never going to forget.”

And why would anyone ever want to forget Jala Sue? The 42-year-old mother of four has become one of the most sought-after supermodels on the planet, and it’s easy to see why. “Jala Sue debuted as a #HustleBootyTempTats supermodel when we were doing exclusive photoshoots at the then-Hard Rock Hotel and Casino in Las Vegas (not known as Richard Branson’s Virgin Hotel and Casino),” Heyman offered. “Our meteoric rise in popularity is directly attributable to her contributions. Her work ethic is unparalleled; her ambition and focus unmatched; and in a supermodel universe dominated by content creation, I’ll put her images up against anyone else’s and know we come out the winners.”

As Heyman made that statement, a rare light rain started falling on Lake Las Vegas, where this exclusive pictorial was shot. Jala Sue, always looking for a way to make the circumstances work to her advantage, immediately started pitching “rainfall” ideas, much to Heyman’s glee.

But as Heyman and Jala Sue were plotting, the light rain shower almost immediately dissipated. If this reporter didn’t see it, he wouldn’t have believed it. The photoshoot, interrupted by the rare occurrence of rain in the desert, was back on, all systems a go. Jala Sue and 50mmfoto went right back out to complete the exclusive set for Stare Magazine.

“Sometimes in life, you just have to accept things that can’t be explained,” Heyman half-joked as he set Stare Magazine for his biggest selling point about his star #HustleBootyTempTats supermodel.

“Not even Mother Nature would dare interrupt an exclusive photoshoot with Jala Sue!”

We’re HustleTweeting about #HustleBootyTempTats supermodel (and Stare Magazine cover model) Jala Sue, and you’re more than welcome to join the conversation on the Hustle Twitter HERE … on our ridiculously sensational Instagram HERE … or on our Facebook page HERE!