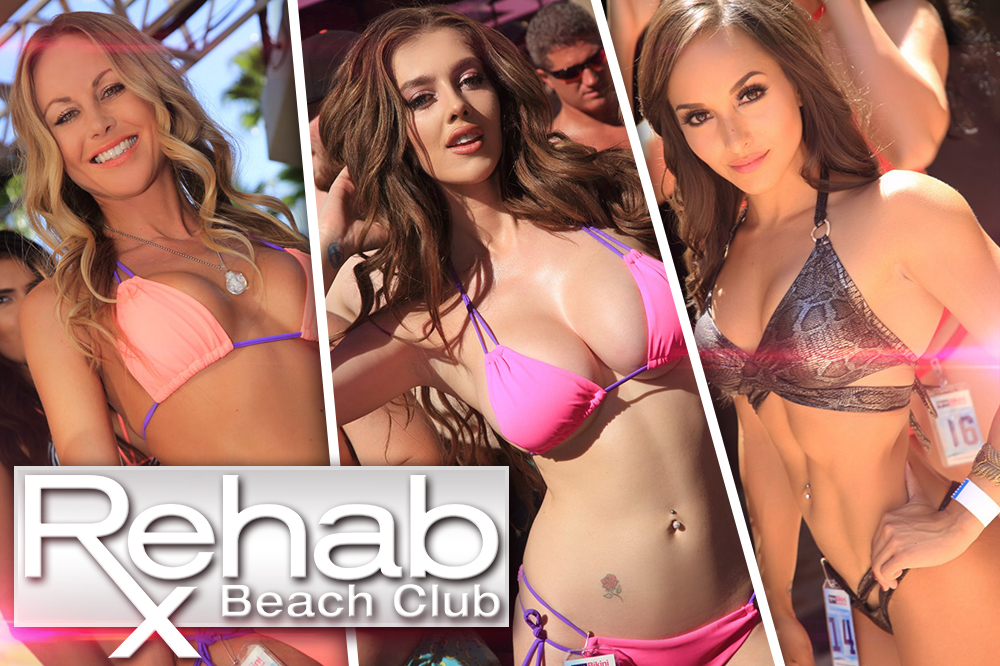 But no one … NO ONE … rocked the house, stole the show, caught the eye and every other cliché in the book more then the UK’s hottest bikini babe, the brand new #HustleBootyTempTats sensation who just made her debut on THE HEYMAN HUSTLE last week (and immediately caught the attention of Sports Illustrated), the fabulous Delia Rose.

“I was doing a photo shoot with Delia on a balcony overlooking the ReHab pool,” said Mike Cohen, the world famous photographer who took the pictures of Delia that has the whole world buzzing. ” … and Paul (Heyman) walks up to Delia and says you blow away every single bikini model who has entered this contest … even the absolute hottest ones! So next thing anyone knows, Delia is up on stage, and the entire crowd at the Hard Rock is just going bonkers for her!”

“When you’re the best at something, truly the very best, just the absolute number one at something, people take notice,” Cohen noted. “When the Hard Rock Hotel and Casino presented the third round of the #ReHabBikiniInvitational, the world got to see the very best bikini babe that the UK was keeping secret all along. You should have seen all the other lovely ladies’ faces drop when Delia joined the competition. I bet it’s a bit like when Paul (Heyman) presents Brock Lesnar. All the others just look down at their shoes and wonder who is coming in second place. When Delia came back from her first runway walk, the competition was on … for second place.”

“Sorry ladies,” joked our boss Paul Heyman when approving / editing this story. “Delia Rose is in the house!”

We’re HustleTweeting about the third round of the Hard Rock Hotel and Casino #ReHabBikiniInvitational, and you’re more than welcome to join the conversation by following the Hustle on Twitter HERE … or by hitting LIKE on our hyper-interactive Facebook page HERE!