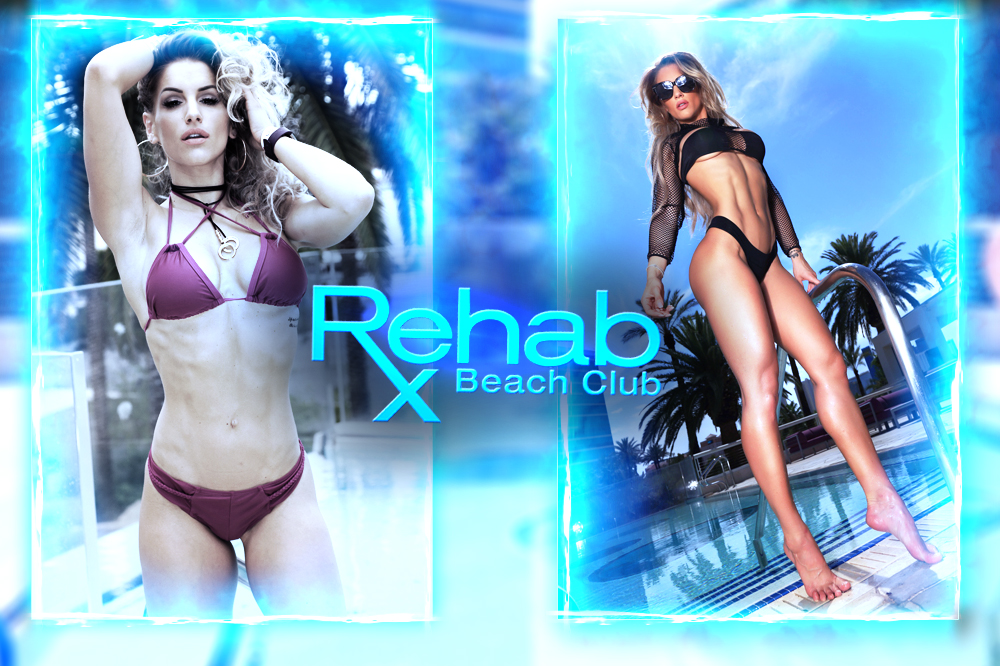 This story could be called #HustleBootyTakeover: A Star is Born! Last month at the Hard Rock Hotel and Casino Las Vegas #BikiniInvitational at the Rehab Beach Club, one spectacular entrant into the contest stood out from all the rest. Her name? Nikola Weiterova, the very first model who has been offered to shoot #HustleBootyTempTats supermodel photos discovered in the Hard Rock‘s annual $100,000 bikini contest.

“The moment Nikola took the stage, the entire game changed,” noted Mike Cohen, the world renowned supermodel photographer who took this EXCLUSIVE photos of Nikola back at the scene of her discovery (the Hard Rock Hotel and Casino Las Vegas). “Paul (Heyman) immediately began signaling me and (documentarian) Ary Dalton that Nikola was a hit!”

“The audience just went wild for Nikola,” recalled Hustle documentarian Ary Dalton. “It took all of about three seconds before Paul was ready to meet with Nikola and offer her an opportunity of participating in a #HustleBootyTempTats supermodel photo shoot. It all happened so fast. When the moment is right, you have to seize the opportunity!”

Born in Bratislava, Slovakia, Nikola has become a major star in the fitness and bodybuilding worlds by not only being an Arnold Sports Festival USA winner but also a multiple time (and continent) IFBB Bikini Champion as well. “Nikola electrified the stage,” Cohen exclaimed. “Paul (Heyman) couldn’t help but notice not only how beautiful a woman, how gorgeous a figure Nikola boasts … but also the way she commands the attention of the audience. She’s got everything it takes to complete the #HustleBootyTAKEOVER of Las Vegas!”

We’re HustleTweeting about Nikola Weiterova’s very 1st #HustleBootyTempTats supermodel photo shoot, and you’re more than welcome to join the conversation on the Hustle Twitter HERE and also on our hyper-interactive Facebook page HERE!