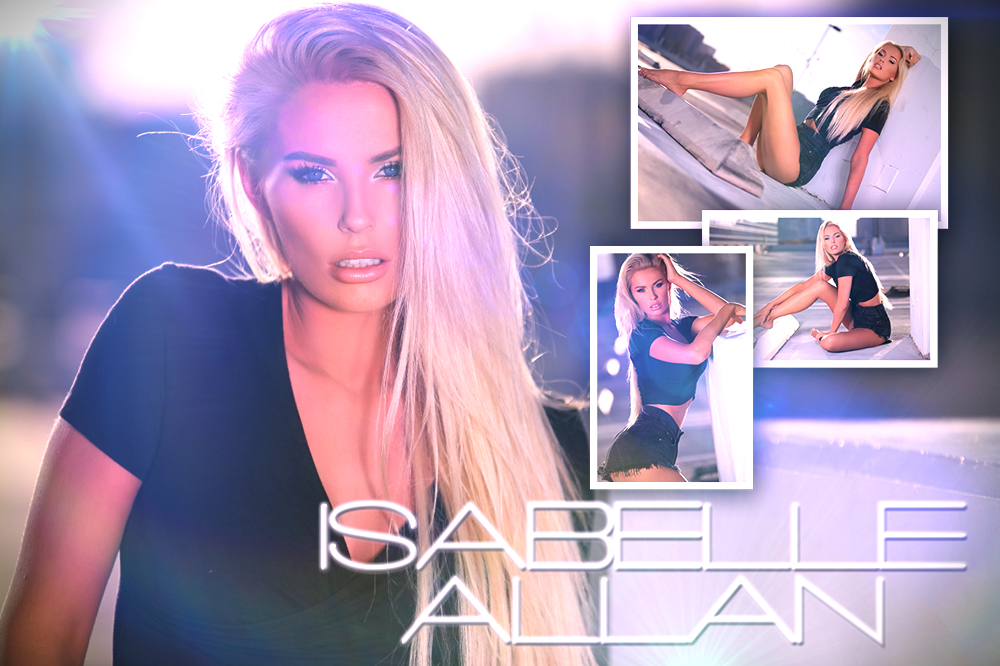 Isabelle Allan‘s rise up the supermodel ranks in 2017 has been sensational, and the breathtaking blonde flew from London to Las Vegas to participate in a sizzling hot rooftop shoot with world renowned photographer Mike Cohen, whose EXCLUSIVE #HustleBootyTempTats photo sessions with Isabelle can be seen HERE … HERE … and HERE!

“Isabelle is a class act,” Cohen exclaimed. “She’s a fantastic beauty, both in and out. People inevitably end up treating her like a princess, because she has that regal quality about her!”

Cohen collaborated with Princess Isabelle on the rooftop of the Hard Rock Hotel and Casino Las Vegas, on a day where the temperature hit a scorching 118 degrees Fahrenheit. “To a bloke from the UK like me, that’s about 48 degrees Celsius,” Cohen remarked. “It doesn’t matter your method of measuring the heat, that’s just plain ol’ hot!”

But not even the heat could compete with Isabelle. “Isabelle didn’t even flinch,” Cohen practically bragged about his photo subject. “As her fans will know doubt agree, I dare say she rocked it!”

We’re HustleTweeting about #HustleBootyTempTats supermodel Isabelle Allan, and you’re more than welcome to join the conversation by following the Hustle on Twitter HERE or by hitting LIKE on our hyper-interactive Facebook page HERE!