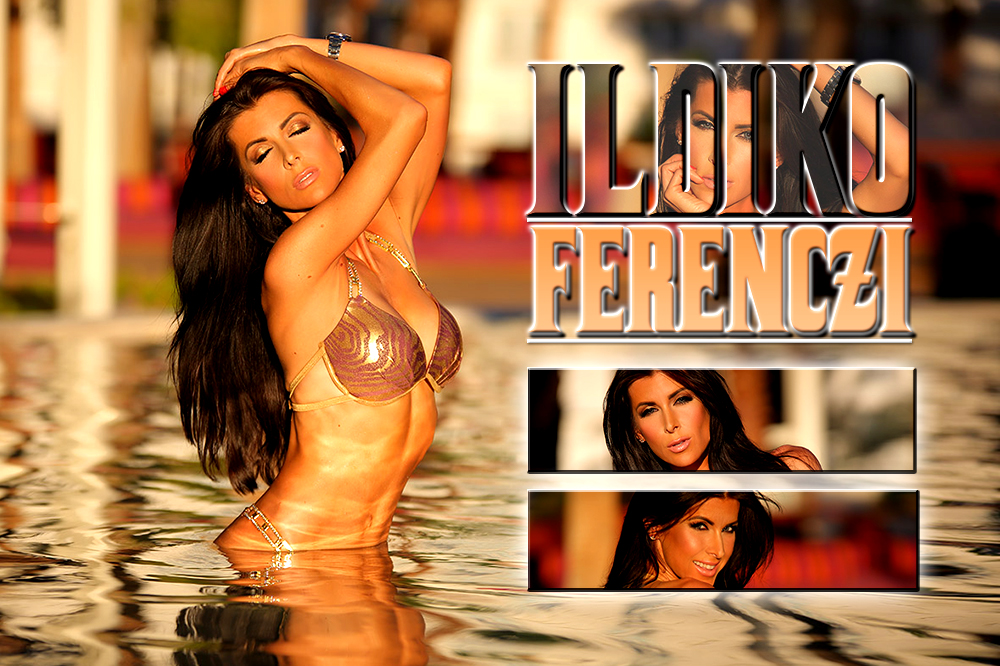 She’s one of the most popular fitness models in the world today, a proud mom of a baby boy who serves as her inspiration to be an example for moms on a worldwide basis. She’s an accredited actress, stealing movies in hot scenes with the likes of Matthew McConaughey, and yet she saw the future in digital media and became one of the most influential figures on Periscope, all while planning to start a family. She was featured as the cover model for Playboy (sorry folks, no nudes for this classy mom) and has hosted a number of high profile events (like, just for example, the Super Bowl red carpet) for Maxim. She’s one of the most sought-after supermodels on the market today, but is picky and choosy about with whom she shoots. Her name is Ildiko “Spicy Lil’ Pepper” Ferenczi, and we are proud (dare we say, exhilarated) to present her debut as a #HustleBootyTempTats supermodel.

“I know Paul (Heyman) has wanted Ildiko for #HustleBootyTempTats for quite some time,” noted world renowned supermodel photographer Mike Cohen, who collaborated with Ildiko for this fabulous sunset photo shoot, “We finally got the opportunity to shoot together at the Hard Rock Hotel and Casino Las Vegas, and I think the results are quite extraordinary!”

“The moment Ildiko walked on set, I felt she personally upgraded the entire #HustleBootyTempTats supermodel concept,” gushed Mitchell K. Stuart, co-founder of The Looking4Larry Agency, the Hustle’s parent company. “This is a woman of exquisite taste and her global reputation as a woman who combines raising a family and pursuing a hot career makes her an inspirational figure that accentuates not only the physical but also her inner beauty as well.”

“We’re privileged to be blessed with Ildiko’s participation in the #HustleBootyTempTats supermodel brand!” exclaimed Paul Heyman. “She’s going to take the brand places we have never had the chance to venture before!”

We’re HustleTweeting about the #HustleBootyTempTats debut of supermodel Ildiko Ferenczi, and you’re more than welcome to join the conversation by following the Hustle on Twitter HERE or by hitting LIKE on our hyper-interactive Facebook page HERE!