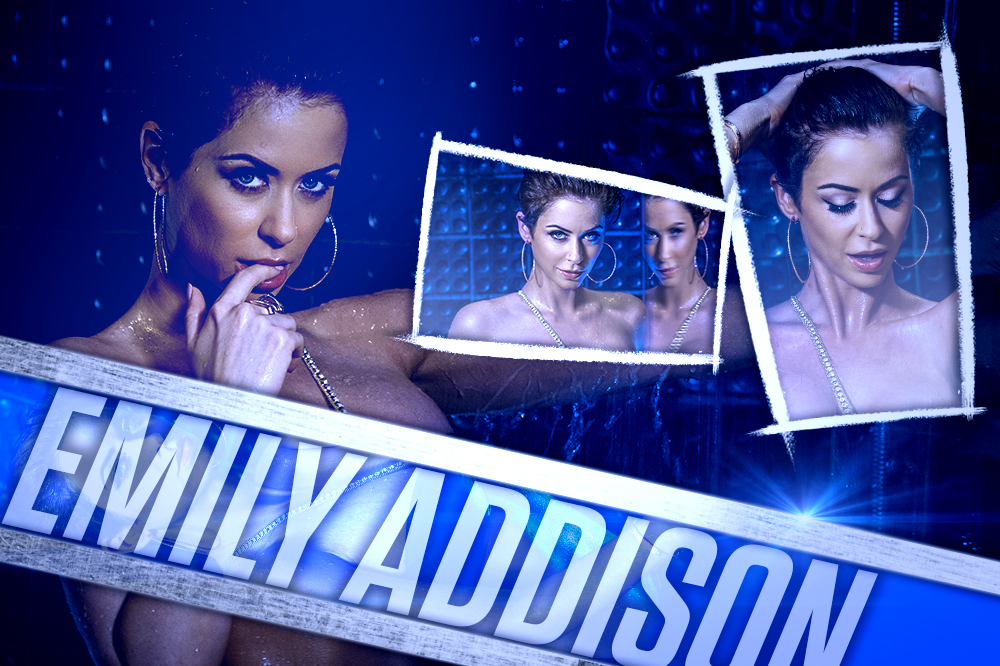 Everyone has their favorite part of the Hard Rock Hotel and Casino Las Vegas. For some it’s the Rehab Beach Club. For others, it’s the VIP experience at the Breathe Lounge. Others may say “the high roller suites” or “the blackjack tables” or even “NOBU, of course!”

Emily Addison doesn’t run with the pack. When asked her favorite part of the Hard Rock, Emily could barely contain her mischievous smile. “I like the showers in the VIP suites,” Emily cooed. “They bring back great memories and spark my imagination.”

The Hustle’s very own Digital Charlie told the story, “Paul (Heyman) assigned me the task of capturing Emily in an environment that she considered sexy,” Charlie said, with sweat dripping from his brow. “I think we can all agree that Emily … Anywhere … Anyplace … Anytime … is sexy. But what does she consider sexy? What setting turns her on? Where’s the hot trigger for Emily?”

And so, Digital Charlie was burdened with the task of collaborating with #HustleBootyTempTats #supermodel Emily Addison for her fantasy-filled photo shoot in the shower of one of the VIP suites at the Hard Rock Hotel and Casino Las Vegas. “I’m hoping some people actually call the hotel, looking to book the VIP suites just to figure out which shower I was using in this photo shoot,” purred resident sex kitten Emily. “Wouldn’t it be a blast if the person who figured it out could find me waiting for him or her in the shower?”

Why, yes, Emily. We do think that would be a blast.

Anyone have the reservations number handy?

We’re HustleTweeting about the incomparable Emily Addison, and you’re more than welcome to join the conversation on the Hustle Twitter HERE and also on our hyper-interactive Facebook page HERE!