Hannah Townsend: "I Will Accept My First Academy Award in a #PaulHeymanGirl Shirt!" 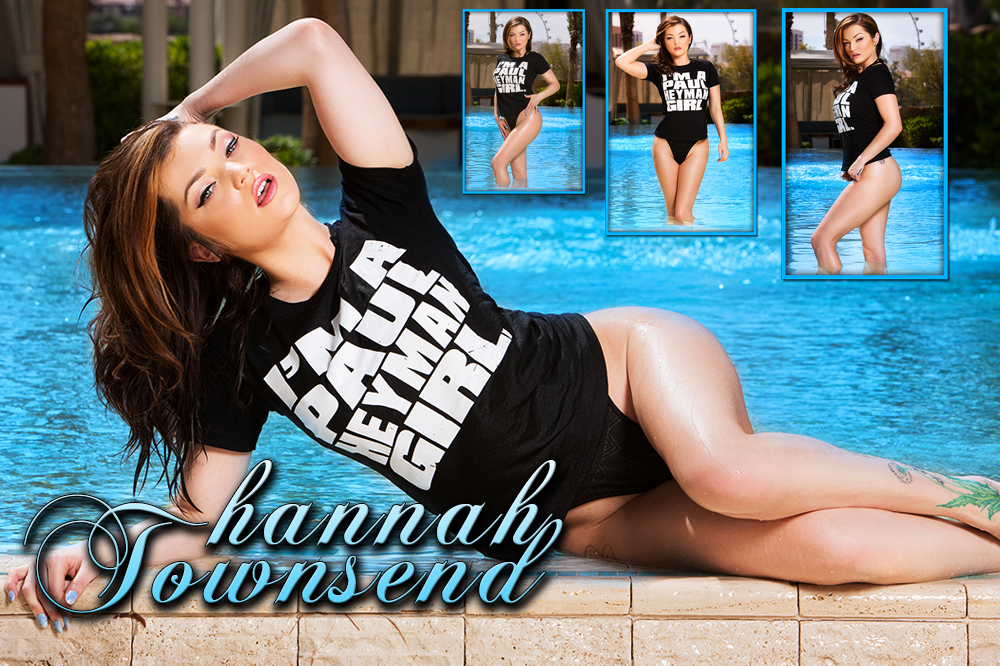 Hannah Townsend can’t go anywhere without being recognized anymore. “I guess the days of leaving my apartment looking like who did it and ran are over,” the actress-model joked as the paparazzi tried in vein to get sneak preview pics of Hannah’s EXCLUSIVE photo shoot at the Hard Rock Casino and Hotel Las Vegas.

“There was once a time in my life I couldn’t get arrested,” Hannah joked. “Now, we’re putting up umbrellas and reflectors so the paparazzi can’t leak these pictures out early by getting rooms at the Hard Rock and taking pictures of our shoot with telephoto lenses. If you ask me, when you work hard to achieve your goals, it’s all good vibes!”

For this photo shoot at the fabulous Breathe Pool, Hannah worked with supermodel photographer Christos Sewell, who noted Hannah’s enormous rise in popularity since her photo shoot with Ary Dalton in the Mt Olympus section of Los Angeles (which remains, to this day, one of the most popular stories ever posted on our website … check it out HERE). “When Ary photographed Hannah in LA, she was coming off a string of very strong reviews for her Off-Broadway work,” Christos observed. “But since the YahooSports! documentary on The Looking4Larry Agency, Hannah’s stock has really taken off. Plus, she’s been cast in a bunch of upcoming projects, so the media is all over her … which just means Hannah is even more of a Spiritual Gangsta than even before!”

“I love shooting at the Hard Rock,” Hannah exclaimed. “The entire place has such a great vibe, and I’m so motivated when I come here because everywhere you look, you’re reminded of a legend or an icon who had enough inner HUSTLE to chase after their dreams and achieved them to such a degree that they are showered with love and gratitude in their displays here. That’s the way of the samurai. It’s why when they call me to the stage one day at the Oscars, I will accept my first Academy Award in a #PaulHeymanGirl shirt!”

We’re HustleTweeting about #HustleBootyTempTats #PaulHeymanGirl Hannah Townsend, and you’re more than welcome to join the conversation by following the Hustle on Twitter HERE … or by hitting LIKE on our hyper-interactive Facebook page HERE!