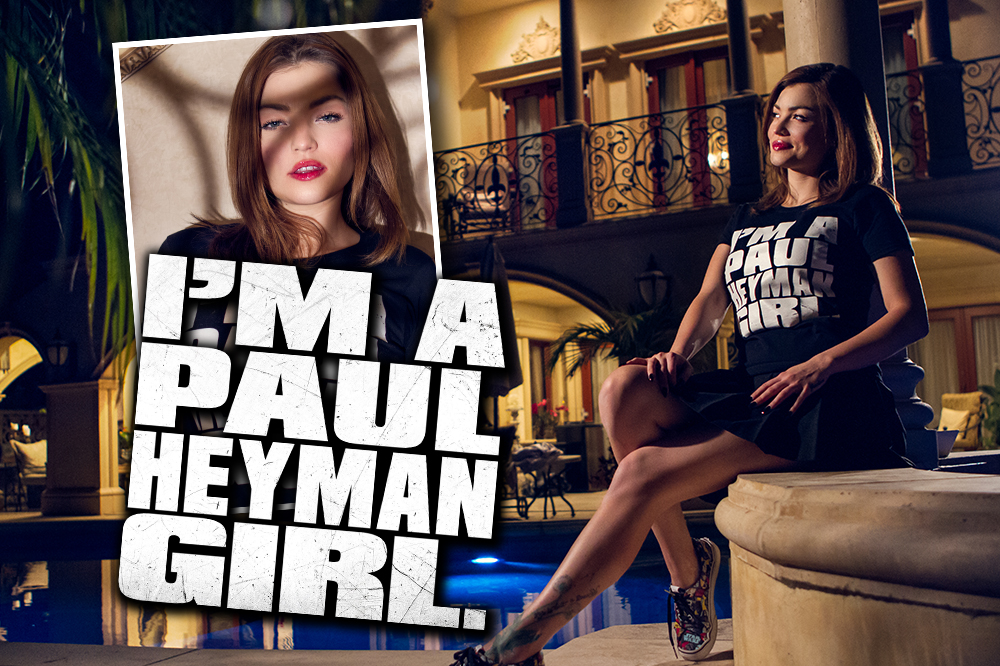 
Fans of THE HEYMAN HUSTLE first met 2016’s hottest Off-Broadway actress Hannah Townsend when she appeared (and damn near stole the show) on the Yahoo Sports Documentary About Paul Heyman and The Looking4Larry Agency. The self-proclaimed “Spiritual Gangster” made such an impression, she was right back in the thick of things later that week when she spit flo during a most memorable episode of THE HEYMAN HUSTLE video series, which you can see (and hear) HERE!

“Hannah is the most daring model I’ve ever worked with,” stated the Hustle’s own Ary Dalton, who shot these EXCLUSIVE photos of Hannah in the Mt Olympus section of Los Angeles. “She’s a black belt in the art of being uninhibited, and there’s nothing she won’t do to find the perfect angle, the perfect light, the perfect frame, the perfect moment to capture. You really need to catch your breath before you work with Hannah, because it’s realy anything goes, not only at any moment, but at ALL moments!”

Of course, we’re HustleTweeting about #HustleBootyTempTats #PaulHeymanGirl Hannah Townsend, and you’re more than welcome to join the conversation by following the Hustle on Twitter HERE … or by hitting LIKE on our hyper-interactive Facebook page HERE!