You Saw Her Here First: Everyone is Talking About #HustleBootyTempTats Supermodel Georgina "Gee" Gentle 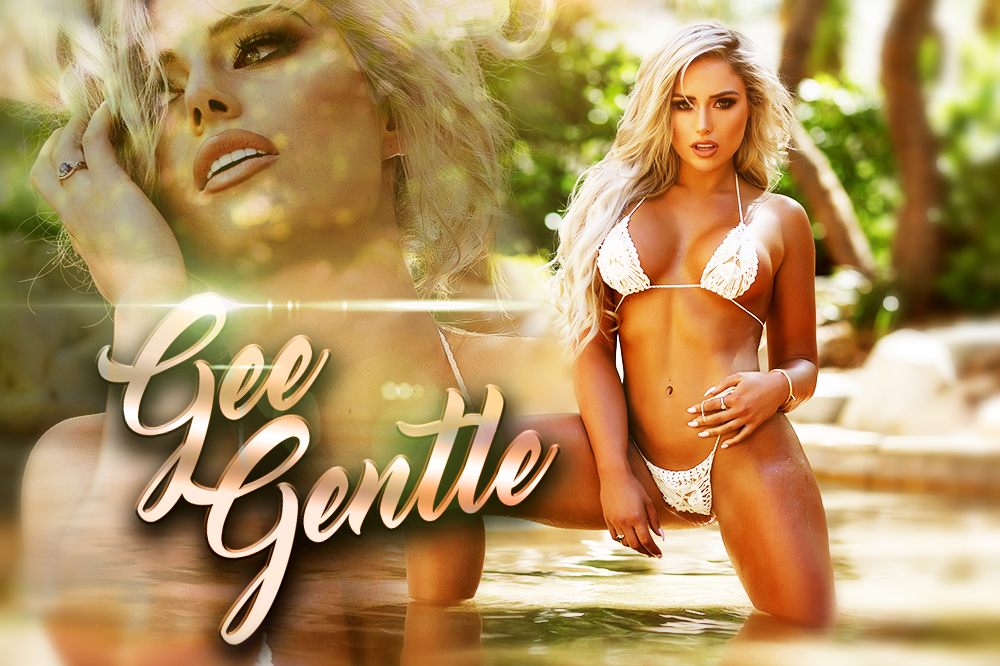 And then again, once in a while, you meet the exception who defines the rule.

Ladies and Gentlemen, feast your eyes on the single fastest-rising star in the supermodel world today, Georgina “Gee” Gentle!

The now-22-year-old blonde sensation started posting photos on her Instagram account in October, 2015, and was immediately flooded with offers from agents, managers, agencies and casting directors from around the world. As her worldwide fanbase continued to grow, “Gee” started uploading YouTube videos. She was flooded with even more offers, and some would even suggest an overwhelming number of people were trying to tap into the Gee Gentle brand.

As ambitious as this magnificently beautiful young lady is, she’s no dummy. Gee waited until the time was right, and finally made the big move to the United States only three months ago. Gee Gentle, you need to understand, is very much aware that timing (as they say) is everything!

“When we here at The Looking4Larry Agency (parent company of the Hustle) were gearing up for the 2018 #HustleBootyTempTats season at the Hard Rock Hotel and Casino Las Vegas, (our boss) Paul Heyman had a very simple mission statement,” noted AJ Abbas, Hustle line producer and video editor. “Gee Gentle was the number one draft pick for 2018!”

AJ continued, “We had contracted world famous fitness model photographer Lee Hagen of LHGFX Photography to open up the #HardRockSummer2018 campaign, which coincides with the 15th anniversary of the Rehab Beach Club (#RehabXV), and Paul wanted to introduce the most spectacular new #HustleBootyTempTats supermodels at the kickoff event. Of all the beautiful women who have garnered attention since the beginning of 2018 … of all the supermodels who have been signed to contracts … of all the bikini models who are being pursued by Sports Illustrated and swimwear companies … of all the Instagram models who have become social media influences … Paul had one person in mind as our number one draft pick … and that person was Georgia Gee Gentle!”

“Gee is going to a global phenomenon,” Paul stated. “She has that intangible IT factor that defines a true superstar.”

Paul continued, “We’ve been doing #HustleBootyTempTats supermodel photoshoots at the Hard Rock Hotel and Casino since 2016. I’ve never seen such a stir caused by anyone at the Hard Rock and Casino Las Vegas like the one caused by Gee. I’ve seen people flip out over a woman’s beauty before, but this was on a completely different level. Gee is poised to make a splash on a worldwide basis like no other model in 2018!”

We’re HustleTweeting about #HustleBootyTempTats supermodel Georgina “Gee” Gentle, and you’re more than welcome to join the conversation by following the Hustle on Twitter HERE or by hitting LIKE on our hyper-interactive Facebook page HERE!