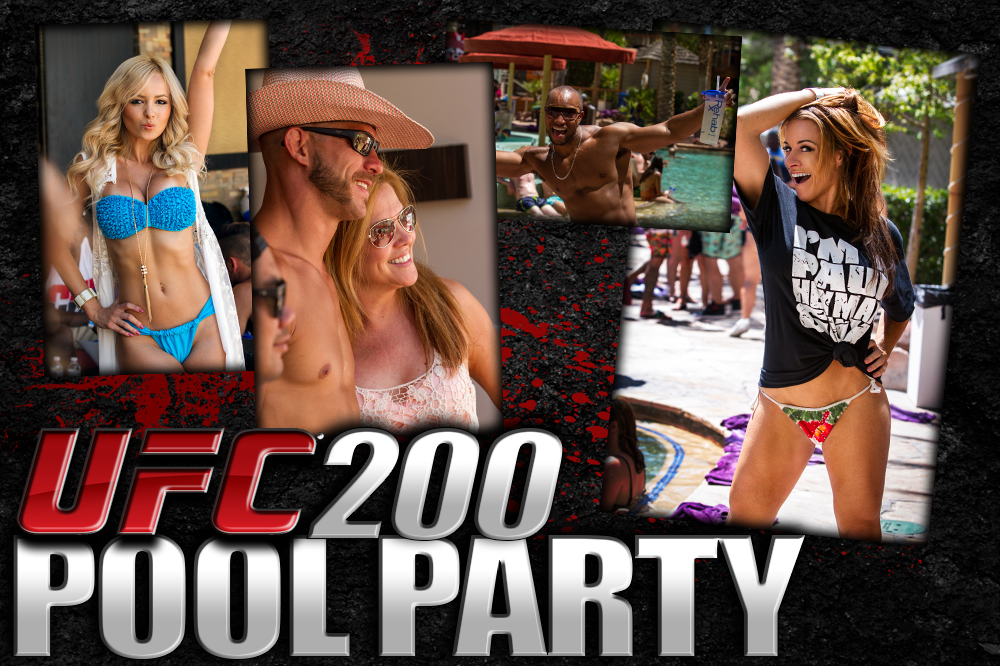 The massive takeover of Las Vegas by UFC continued this week as the Sin City based premier fight league presented its UFC 200 Pool Party at the hottest place in town, the Rehab Pool at the Hard Rock Hotel and Casino Las Vegas. A host of UFC fighters and ring card girls joined UFC World Heavyweight Champion Stipe Miocic, Cowboy Cerrone and Jhenny Andrade as fans from around the world got a rare opportunity to party with their favorite UFC stars.

“It was a really great event for UFC,” noted the Hustle’s own Ary Dalton, who was granted EXCLUSIVE access to cover all the action. “… and our own #HustleBootyTempTats Model Jen Thomas was on hand demonstrating the Rear Bikini Choke!”

Of course, we’re HustleTweeting about the UFC 200 Pool Party at the Hard Rock Hotel and Casino’s Rehab Pool, and you’re more than welcome to join the conversation by following the Hustle on Twitter HERE or on our hyper-interactive Facebook page HERE!

In this article:featured, UFC 200