DJ Miss B Wants To Rock Your World 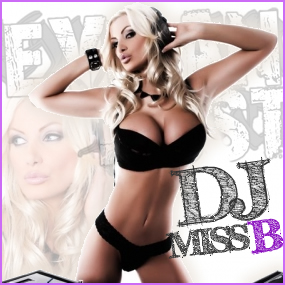 …and trust us, she has the skills to do it, too!

HOTTEST STRIPPER IN THE WORLD!

OLGA IS BUSTIN’ OUT!

PERV OUT TO ASHLEY!

CHECK OUT EMILY RATAJKOWSKI IN A BIKINI!

LANA RHOADES IS A PERFECT TEN!

She’s an adult superstar whose passion while being videotaped in the most intimate of moments propelled her to “legendary” status and induction into the AVN Hall of Fame. She’s a mainstream film producer whose passion for cinema has forced the New York Film Community to take notice, which is quite impressive since it’s that group of auteurs that has delivered to us such notables (and masters of different genres) as Martin Scorsese and Woody Allen. She’s a music maven whose passion for the beat has made her the hottest female DJ on the circuit today, and that’s quite an accomplishment for an uber-busty bodacious blonde bombshell who was narrowcasted after pulling out (no pun intended) of the adult biz a few years ago.

Hey, you can be one of the many who scoff at the notion that someone with DJ Miss B’s resume might be able to have real passion, but how do you explain an all star career in everything this hot bodied marketing machine touches?

Independent movie producer? Breaking the mold and getting attention in New F’n York!

Superstar DJ? In demand all over the world, which is not just a claim by her, we confirmed this through her agent, our good friend Mike Esterman, who tells us he gets requests from around the world for her music mastery.

So, we here at THE HEYMAN HUSTLE want to bitch slap the other mainstream outlets and beat them all to the punch (and the kick to the groin … and the ground and pound) and predict a huge future for this woman of accomplishment.

You can follow DJ Miss B (as long as you can dance to the beat, bitches!) on Twitter HERE and you can book her for your next bad ass party at ESTERMAN.com

We’re HustleTweeting about DJ Miss B (and the hottest stories on the web), and you’re more than welcome to join the conversation by following the Hustle on Twitter HERE or by hitting LIKE on our hyper-interactive Facebook page HERE!