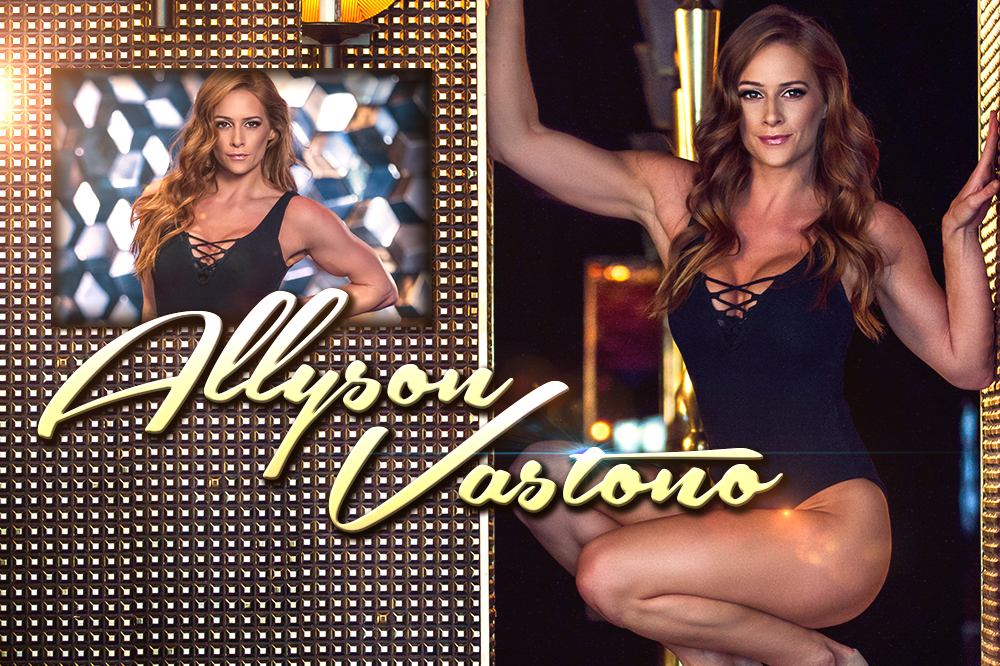 Allyson Vastano walked into the Hard Rock Hotel and Casino Las Vegas’ Vanity Nightclub for her first #HustleBootyTempTats photo shoot, and everyone just stopped what they were doing. “Allyson wanted to have a great pump for the shoot, so she got in a great workout and came straight to the shoot,” said Looking4Larry (parent company to THE HEYMAN HUSTLE)’s co-founder Mitchell K. Stuart. “There was a distinct buzz that day about a crossfit model who walked into the gym and was deadlifting close to 300 pounds. Little did we know, they were buzzing about Allyson.”

Mitchell continued, “what is so striking about Allyson is that she is the absolute embodiment of a powerful female, yet she is so feminine at the very same time. It’s quite telling that during a weekend in which so many hot bikini models had come to the Hard Rock, Allyson actually had people following her around and snapping photos of her all over the property!”

For her first #HustleBootyTempTats photo session, Allyson collaborated with Ary Dalton, whose EXCLUSIVE photos can be seen HERE … HERE … and HERE!

“Allyson was great to work with,” Ary told us. “She saw the entire Vanity Nightclub as her own crossfit gym, with each location being a different exercise. Her approach to modeling is unique, and I am so proud of the results … just like Allyson is proud of the results when she’s done working out. It’s a totally different mindset regarding a photo shoot, and she deserves a ton of credit for the ideas she brings, not just for the poses she presents for me to snap!”

We are HustleTweeting about Allyson Vastano’s very first #HustleBootyTempTats photo shoot, and you’re more than welcome to join the conversation on the Hustle Twitter HERE and also on our hyper-interactive Facebook page HERE!