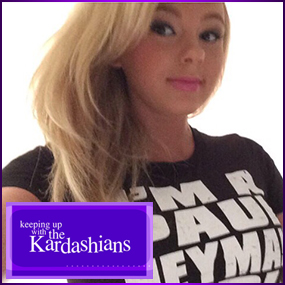 Bree Olson Reveals All in a Brand New Interview!

SEXIEST GIFs ON THE ENTIRE INTERNET!

GET YOUR PERV ON HERE!

According to a newly-published article in THE NEW ISSUE OF COSMOPOLITAN, #PaulHeymanGirl Bree Olson, who got more votes than any other American model in our 1st annual #HustleBootyTempTats SUPER MODEL OF THE YEAR COMPETITION, was hired not by a babysitting service, but by a casting director for the express purpose of good television involving the family that was hiring her as a nanny, The Kardashians. Yup, those Kardashians!

Cosmo: Is it fair to say you weren’t really working as a nanny back in 2007, given your then-career in the adult movie industry? How did the babysitting gig come about?
Bree: Yes, well, I mean, it’s a reality show.

Cosmo: And a good one too.
Bree: So I got hired to go on the show. I don’t remember all the specifics; my agent dealt with everything and I just showed up. I didn’t know what I was getting myself into. But if it puts anyone’s mind at ease, I grew up babysitting like most girls do. And I really did babysit Kylie and Kendall, and that is not a joke! When the cameras [stopped], it was a real deal job and I didn’t expect that. I kind of freaked out; I’m like, Are you really leaving me with them? This is for real? So I just started talking with them. I was so nervous because they were so tiny at the time. They were at that awkward stage where they’re girls trying to be grownup and I’m thinking, I don’t even know what to say.

Cosmo: Were you conscious of the “character” you’d be playing, or what your role would entail?
Bree: When they were casting, they wanted a super-sexy vixen. Instead they got a cute little girl with blonde hair, like the girl next door. I just looked too wholesome, even in a bikini. I showed up with a baby blue and pink gingham two-piece. I mean … And so they had to spin it, I think, because they wanted me to be super trashy. I think that they thought because of my background that that’s just something that comes naturally, but it doesn’t to me. I was like, Regular Midwestern girls do adult [movies] too, so you guys are gonna have to make something else happen!  So they ended having me do more silly-type things. [They told me], “Oh, go into Kris’s closet.” I was so scared, asking “Are you sure? Are you sure this is okay?” And they’re like, “Just go.” I remember saying very specifically, “Well if anything comes up stolen, you guys know I didn’t do anything. Keep those cameras on.” [I thought to myself], If that red light turns off, I’m running out of this closet, because the clothes and jewelry in there, who knows how expensive all that stuff is?

Cosmo: It’s clear on the show that Bruce is uncomfortable with your presence from the get-go. Was that tension obvious, and as awkward as it looked?
Bree: You could also tell he was frustrated with things when I first got there. He didn’t want me there. [To me], he was just like, Oh, this is another ruse that we have to do for the show, I’m frustrated, I don’t want to do this. Those are his daughters and he didn’t know how I was going to be as a person. But then the more I talked with him, the more he loosened up. He never for a second let down his parental guard when it came between him and the girls.

Of course, we’re HustleTweeting about Bree Olson: Naughty Nanny For The Kardashians, and you’re more than welcome to join the conversation by following the Hustle on Twitter HERE or by hitting LIKE on our hyper-interactive Facebook page HERE!