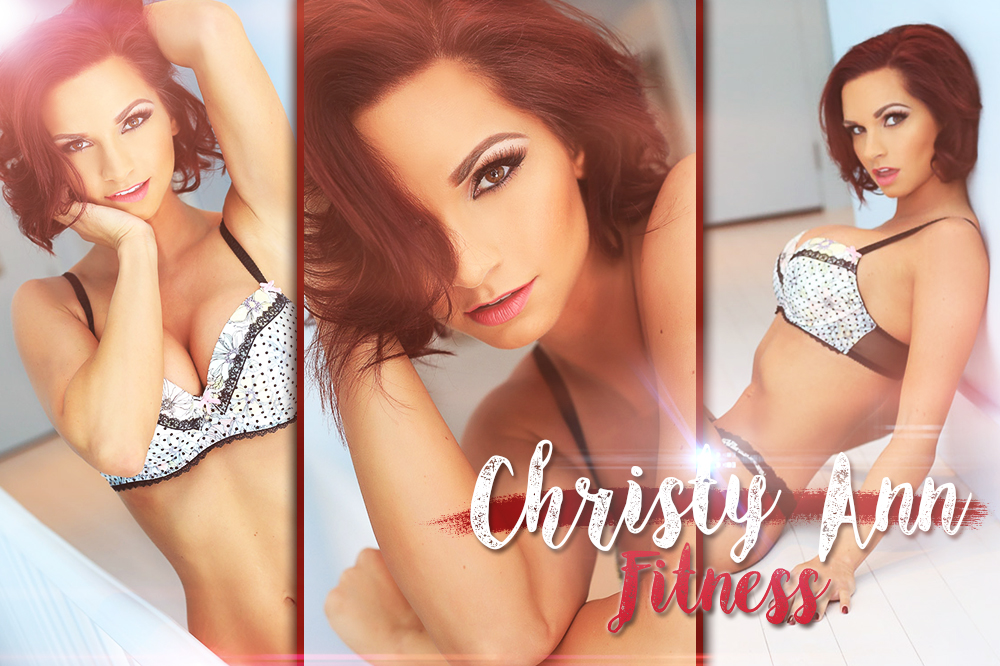 She is, without question, the most talked-about #HustleBootyTempTats supermodel on social media. An NPC Fitness Champion (winning the Charlotte Cup in her NPC rookie year) who has been the subject of more offers for posters, calendars, music video appearances and modeling gigs than perhaps any other #HustleBootyTempTats supermodel in recent memory. She is, as the saying goes, HOT, with everyone wanting a piece of Christy Ann Fitness!

“When Christy arrived in Las Vegas with her new (red hair, don’t care) look, we all knew it was a statement designed to let the world know she’s cognizant to stir she’s causing,” noted world renowned supermodel photographer Mike Cohen, who collaborated with Christy for this EXCLUSIVE photo shoot in her private Hard Rock Hotel and Casino Las Vegas two-story suite. “She’s on fire, and the color of her hair is indicative of the heat she’s bringing to the #HustleBootyTempTats brand, as well as her own!”

So, is this the new look for Christy Ann Fitness?

“It’s the look for today,” the impossibly sexy fitness champion stated. “To borrow an old phrase, the only constant in my life is change. Variety is the spice of life. And I’m feeling awful spicy going into 2017!”

We’re HustleTweeting about Christy Ann Fitness’ EXCLUSIVE #HustleBootyTempTats Photo Shoot at the Hard Rock Hotel and Casino Las Vegas, and you’re more than welcome to join the conversation by following the Hustle on Twitter HERE or by hitting LIKE on our hyper-interactive Facebook page HERE!