Ashley Ann Vickers Takes Another Big Step Towards Being Labeled a "Super Model!" 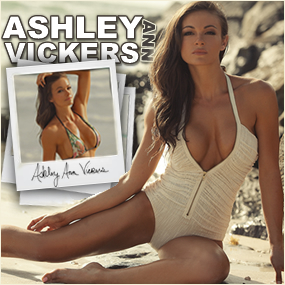 In just a few days, the latest photo session featuring former WWE Diva Ashley “Valence” Ann Vickers will be officially released, and THE HEYMAN HUSTLE is proud to break the photos on a worldwide basis before anyone else. There’s a big piece of news, of course, that comes along with these insanely sexy bikini photos.

“Ashley is a hot commodity right now,” our friend Doug West at the celebrity news site POPWRECKED told us this evening, “we know of at least one reality show she’s involved in, and there are reports of several other projects in the works involving this sensational brunette!” Indeed, since leaving WWE, Ashley has been even more visible with her projects, much like George Clooney’s current girlfriend STACY KEIBLER.

“Ashley’s modeling career has really taken off,” the Popwrecked editor told the Hustle, “and you can expect big things for and from her in the modeling world in the next few months to come!”