No Reason To Guess, Alyssa Miller is Poised To Break Out in 2012! 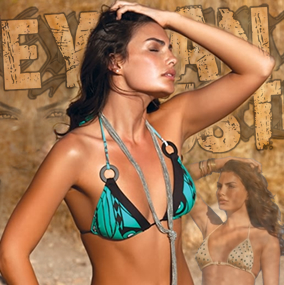 The 21 Year Old Uber-Babe is Ready To Ascend To The Top of The Super Model World!

Alyssa Miller is an American an American Super Model can be. Born on the Fourth of July (as our own Hustler De Tuti Hustlers Paul Heyman noted, “cue patriotic music … NOW!”), the fashionista has appeared on the cover of Vogue Germany (October 2006), Elle Italy (July 2010), and has become one of trhe new faces of Guess Clothing (as of late 2010).

She made her Sports Illustrated Swimsuit Edition debut in 2011, in the very same issue that featured RUSSIAN SUPER MODEL AND THE WORLD’S HOTTEST WAG IRINA SHAYK on the cover.

Of course, we’re HustleTweeting about Alyssa, and you’re more than welcome to HustleTweet even more about Amy, and we want you to join the conversation by following THE HEYMAN HUSTLE on Twitter HERE or write to us directly at hustleoncrave@gmail.com  Hey, have you checked out the Hustle’s Ultra High Quality You Tube Channel, with  exclusive videos featuring BROCK LESNAR’S “HERE COMES THE PAIN”  … ICE-T AND COCO’s SEX SECRETS … THE ULTIMATE WELTERWEIGHT BAD ASS NICK DIAZ … CONTROVERSIAL TEEN SENSATION TAYLOR MOMSEN … LEGENDARY MMA PIONEER FRANK SHAMROCK … THE WALKING RIOT MISSY HYATT … if you’re not subscribing, you’re missing something … and by the ways cheapos, it’s FREE! Yes, absolutely 100 percent FREE! What are you waiting for? Check it out HERE!