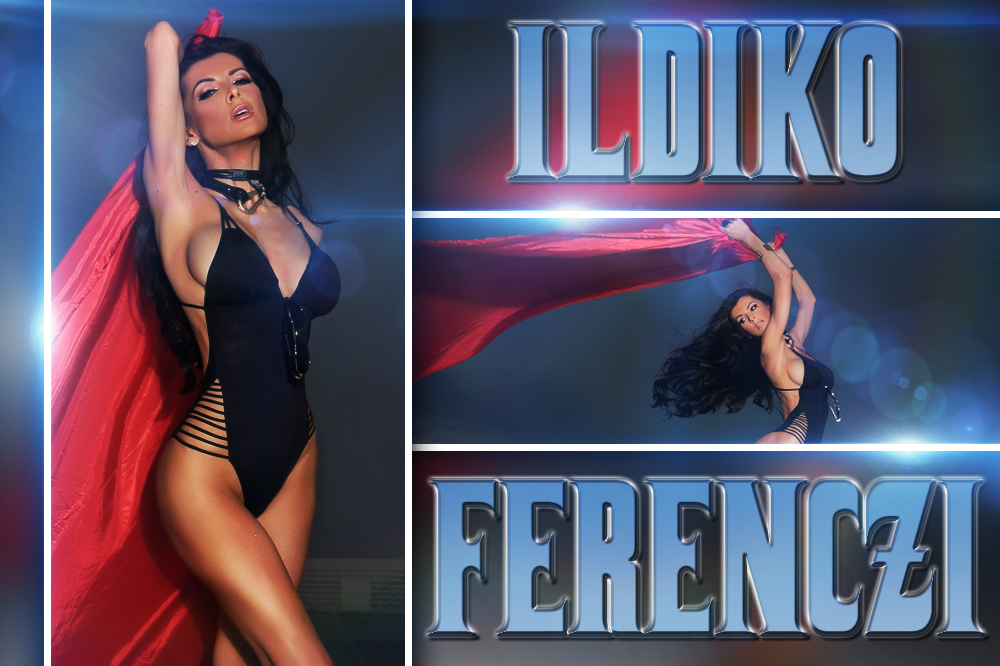 When Ildiko “Spicy Lil’ Pepper” Ferenczi made her #HustleBootyTempTats supermodel debut, our boss Paul Heyman predicted that Ildiko would “take the (#HustleBootyTempTats) brand places we have never had the chance to venture before!” And now, ladies and gentlemen, we can confirm reports that Paul’s prophecy has come true!

“It was the most unusual weather for Las Vegas I’ve seen to date,” noted Hustle documentarian Ary Dalton. “I’ve seen a few quick rainstorms drop a little bit of water across Sin City, but I’ve never seen the sky turn so … so …”

“DRAMATIC!” exclaimed Ildiko, remembering what it was like as the supermodels and our crew scrambled for cover as the clouds destroyed our natural light and the rainstorm poured down on Las Vegas with a ferocity even longtime residents had trouble recalling ever seeing before.

“It was, indeed, quite the dramatic sky,” noted world renowned supermodel photographer Mike Cohen, who collaborated with Ildiko for this EXCLUSIVE photo shoot. “I thought the entire day was going to be moved inside, but Ildiko kept staring at the sky with this fascinating look on her face, like a beautiful child who sees something wonderful for the very first time.”

“Our hair and makeup artist could sense Ildiko was envisioning shooting with the deep grey sky as a backdrop,” Ary added. “… and almost as if on cue, the weather took yet another turn, as all of a sudden we were faced with high winds. Please understand, for a supermodel photo shoot, this weather was Defcon 5. Pack it up, take it inside, plan for tomorrow. But Ildiko’s cape started flying up in the air, and she turned to Mike and said as soon as the rain stops, I’m ready to shoot!“

“Our hair and makeup artist was ready to faint!” Mike laughed. “There was no way to keep Ildiko’s hair and makeup on point with the winds blowing this hard, and the humidity in the air even after the rain stopped. It was a logistical nightmare … but Ildiko was motivated by the unique opportunity the color scheme of nature’s backdrop was providing us.”

So the moment the rain stopped, our crew assembled on the roof of the Hard Rock Hotel and Casino Las Vegas, where the early evening sky turned dark and ominous, and the rare wind storm enabled the fabulous Ildiko an opportunity to dance around like she didn’t have a care in the world.

“Hair and makeup be damned,” our boss Paul Heyman pontificated. “This was a woman of confidence at home with whatever elements Mother Nature was going to bestow upon us!”

This photo shoot was part of The Looking4Larry Agency‘s #ThisIsHardRock campaign for the Hard Rock Hotel and Casino Las Vegas, with EXCLUSIVE photos taken by Mike Cohen. You can check out Mike’s spectacular work on Twitter and also on Instagram.

We’re HustleTweeting about #HustleBootyTempTats supermodel Ildiko Ferenczi and you’re more than welcome to join the conversation by following the Hustle on Twitter HERE or by hitting LIKE on our hyper-interactive Facebook page HERE!