The Wild Kim Kardashian Photos Everyone is Talking About 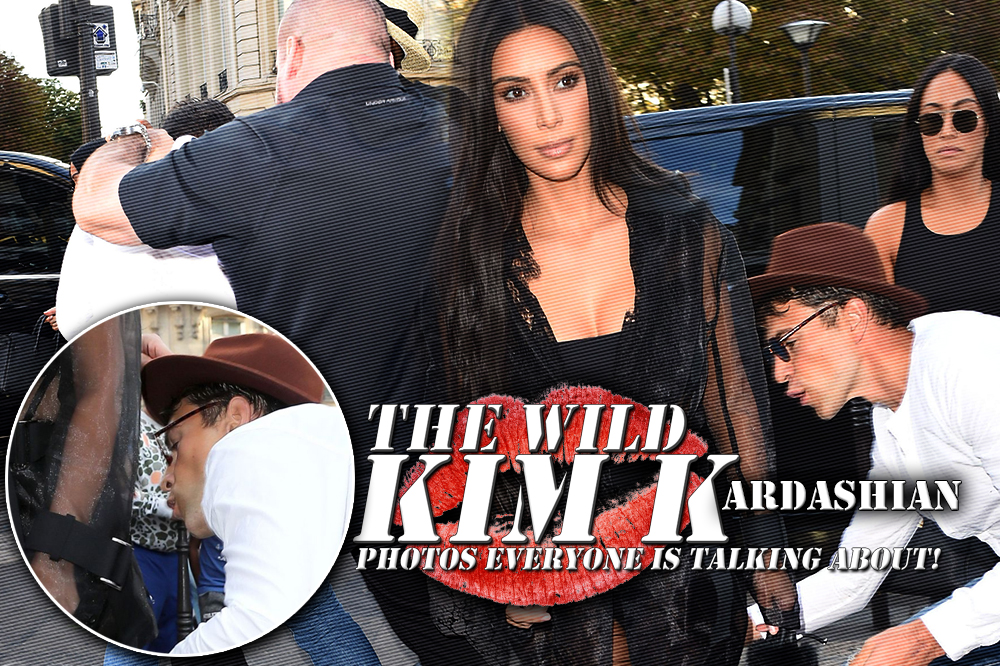 On Wednesday, Kim was exiting her car and heading to L’Avenue restaurant when Sediuk, who made international headlines when he grabbed Gigi Hadid less than a week ago, attempted to kiss her ass. Kim’s alert security tackled the prankster to the ground. In a statement he posted to Instagram, Sediuk claims he was protesting Kim’s “fake butt implants.”

He wrote, “I encourage her and the rest of Kardashian clan to popularize natural beauty among teenage girls who follow and defend them blindly.”

After learning Kardashian is taking legal action, Sediuk posted a bizarre video of him eating what appears to be chicken and listening to Whitney Houston’s “I Want to Run to You” from the “Bodyguard” soundtrack.

It’s the second time Sediuk targeted Kardashian. Two years ago he tried grabbing her leg and foot as she headed toward a fashion show, also in Paris. Apparently, this time, Kim has had enough of his antics. We are HustleTweeting about Kim Kardashian and you’re more than welcome to join the conversation by following the Hustle on Twitter HERE or by hitting LIKE on our hyper-interactive Facebook page HERE!