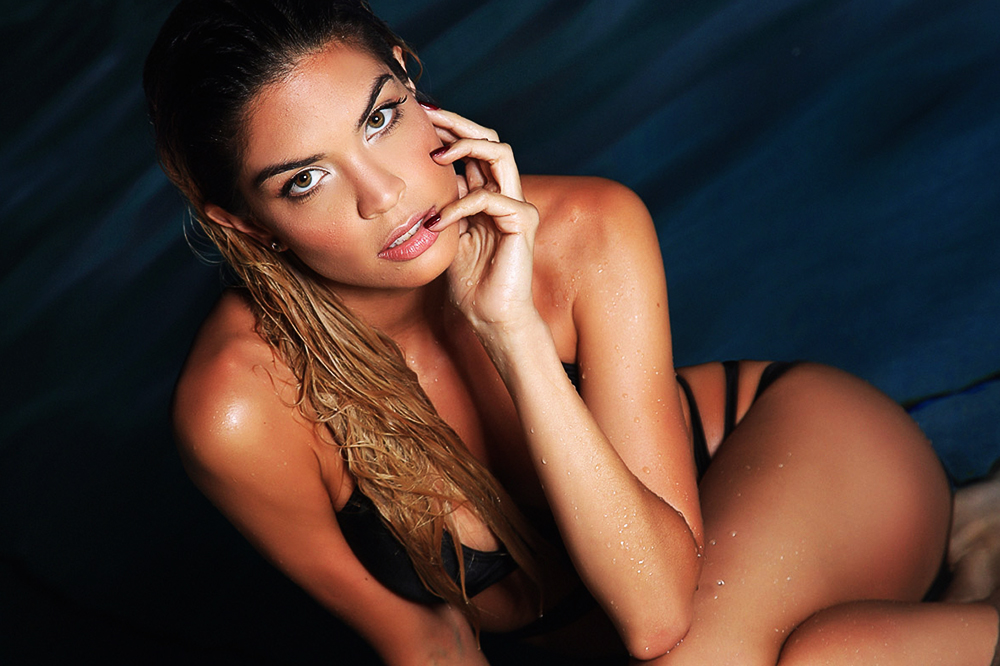 “We were in Miami shooting EXCLUSIVE #HustleBootyTempTats content,” noted the Hustle’s Ary Dalton, himself a world famous #HustleBootyTempTats photographer (as you’ll see in the links below). “This is the infamous trip in which we were shooting on a boat and as if on cue, THE BOAT BEHIND US BURST INTO FLAMES! Most people would call it a day after that, but not Paul. Oh no. For him, the adventure was just getting started!”

Ary continued, “As all Hell is breaking loose, Paul hears from Carolyn Ellis … who is Babe Method’s talent coordinator in Australia … and Carolyn tells Paul that the supermodel who was just named Miss South Beach … an indescribably hot beauty named Alessandra Sironi is a Paul Heyman Girl and would love to shoot with us!”

Unfortunately, with the sun going down and police boats forcing all boats to dock, the Hustle crew had nowhere to shoot. “So Paul tells Carolyn that we’ll be ready in one hour for Alessandra, even though we were all headed out to dinner after a long day’s shoot,” Ary laughed. “Paul immediately went into emergency mode, and called the LOOKING4LARRY AGENCY offices in New York City and was telling everyone on the phone Miss South Beach Alessandra Sironi wants to do a #HustleBootyTempTats shoot! Of course everyone in the office was super excited, until Paul told them we needed a mansion with a pool … IN AN HOUR!”

Barely able to contain his laughter, Ary told us, “I think by this time, nothing fazes (L4L co-founder) Mitchell K, Stuart. He’s so used to the spontaneous way Paul does things, he just considers it a normal day when nothing short of a miracle is needed!”

So how did it all end?

“I’m sworn to secrecy,” Ary stated matter-of-factly, “but Mitchell had become very good friends with a huge star in the music business who keeps an estate in Miami … and this major name in music is overseas at the moment, so the music star had no problem allowing us to shoot Alessandra in the pool. Of course, this was after Google-ing Alessandra, and falling in love with her pictures!”

Internationally reknown photographer Mike Cohen, who was on assignment with us in Miami, took the following photos of Alessandra after Ary snapped the #PaulHeymanGirl pictures. Oh, and as for the mystery of the music star, the one who fell in love with Alessandra after Google-ing her, we’ve been trying to figure out who he is. So we asked our boss Paul Heyman permission to speculate on the identity,

We’re HustleTweeting about Alessandra Sironi, and you’re more than welcome to join the conversation by following the Hustle on Twitter HERE or by hitting LIKE on our hyper-interactive Facebook page HERE! 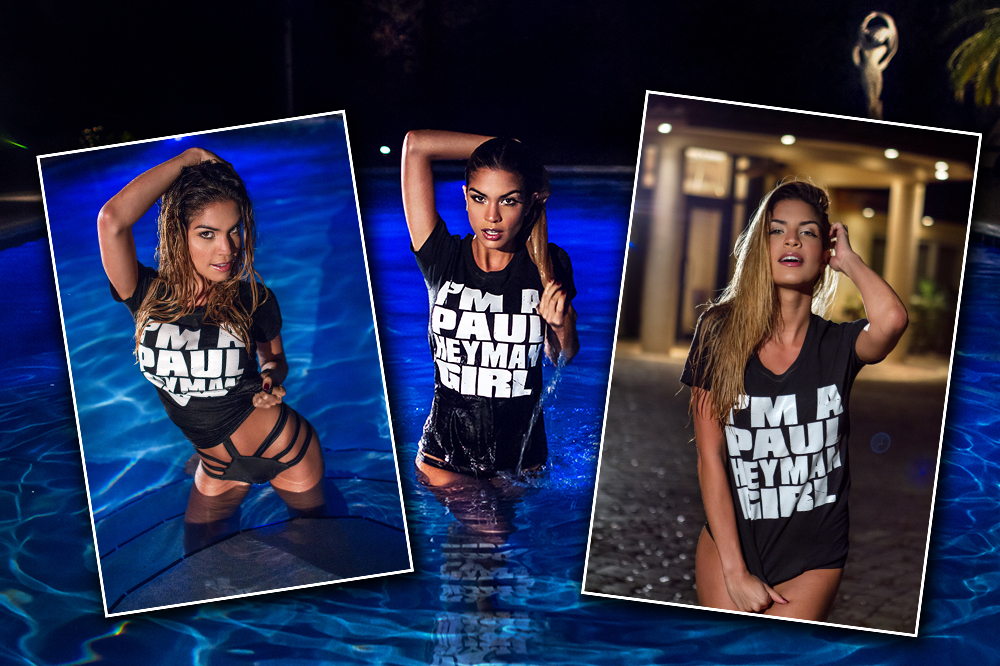 EXCLUSIVE #HustleBootyTempTats PHOTOS BY ARY DALTON! “I can’t swear to it, but I think the Heavens have gifted us with a true beauty!” So...