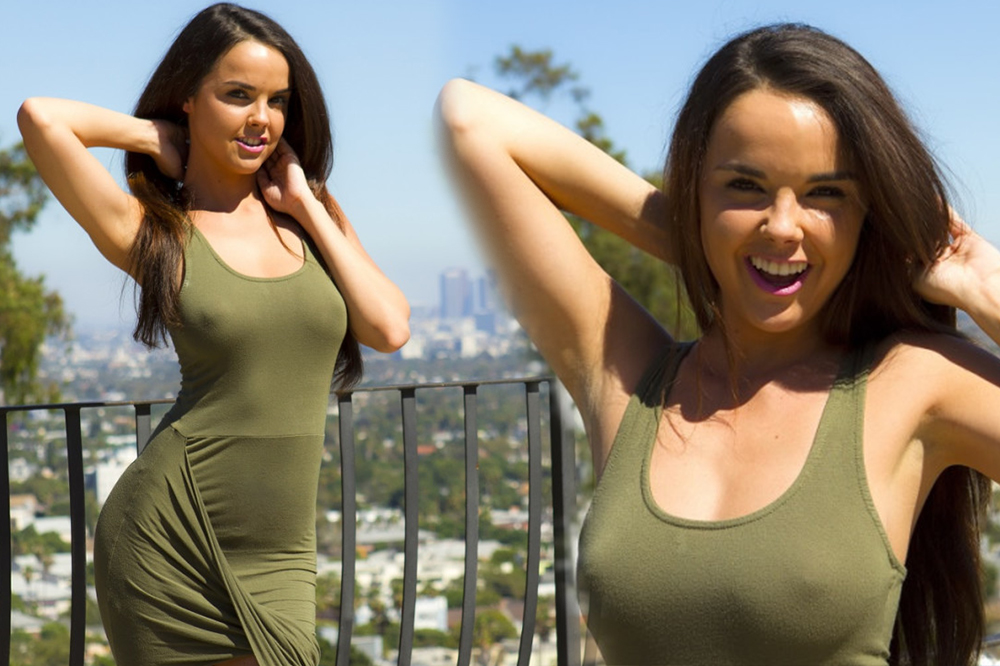 In looking over the success of THE HEYMAN HUSTLE, one would have to give a big huge nod of credit to the entire #HustleBootyTempTats viral sensation, a laugh-at-ourselves-for-the-moment answer to the Maxim 100 that exploded into the most searched (on a worldwide basis) product (next to our video game campaigns) involving THE LOOKING4LARRY AGENCY (the Hustle’s parent company). The globally-trended hashtag has turned Internet sensations into recognized supermodels, and recognized supermodels into internationally branded superstars. Today, we take another step, as in the tradition of SASHA GREY and Michelle Sinclair, a star known for her exposed tan lines and uninhibited performances officially crosses over into the supermodel world.

Today, we at THE HEYMAN HUSTLE welcome 22 year old Dillion Harper into the no holds barred, hyper-competitive mainstream world of elite supermodels!

“At first, I didn’t know what to expect,” commented Ary Dalton, who has worked with everyone who’s anyone in the past couple of years. “This is not a small leap. This is a huge step into the mainstream, and it requires a level of scrutiny few seasoned models can handle.”

“A photo session designed for a supermodel is a stressful environment, no matter how years you’ve been in front of the camera,” noted set designer Digital Charlie of the Hustle. “Dillion hit the sit, all smiles, and took over with her charm and her willingness to just be herself. No pretensions, no nerves, just a great attitude that came through in her collaboration with Ary!”

This is just the 1st set of photos, taken at Paul Heyman‘s West Hollywood Rooftop EXCLUSIVELY for THE HEYMAN HUSTLE, and we dare suggest (as Paul would say) you ain’t seen nothin’ yet! We’re HustleTweeting about Dillion Harper’s amazing step into the supermodel world, and you’re more than welcome to join the conversation by following the Hustle on Twitter HERE or write to us directly at hustleoncrave@gmail.com Hey, have you checked out the Hustle’s Ultra High Quality You Tube Channel, with exclusive videos featuring OUR WORLD EXCLUSIVE WITH MIKE TYSON … BROCK LESNAR’S “HERE COMES THE PAIN” … ICE-T AND COCO’s SEX SECRETS … MMA BAD BOY NICK DIAZ … the list goes on and on, so if you’re not subscribing, you’re missing something … and by the ways cheapos, it’s FREE! Yes, absolutely 100 percent FREE! What are you waiting for? Check it out HERE!